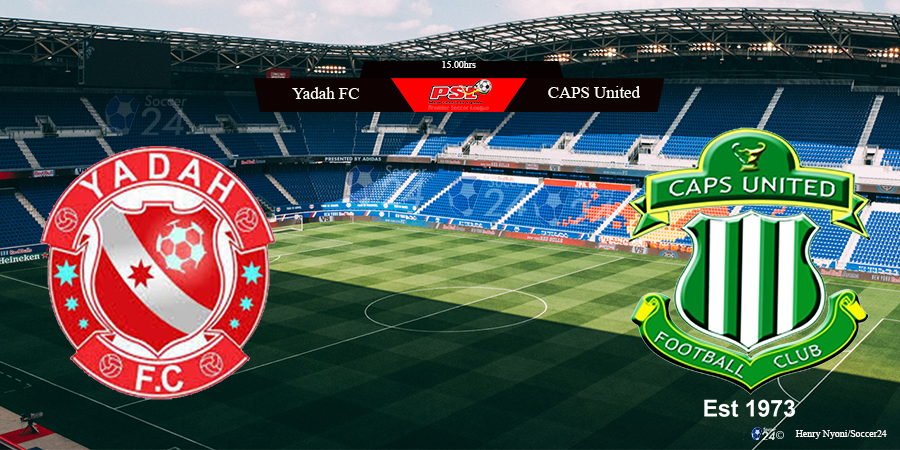 One of the 2017 Castle Lager Premier League debutants host the reigning premier league champions CAPS United at the National Sports Stadium in Harare this evening.

15th placed Yadah, who have recorded 13 points from 14 appearances, saw fortunes taking a side turn after their sixth match of the season, which was a 1-0 defeat to Dynamos at home.

Prior to that, by their standards, the premier league newcomers had done considerably well, recording a five game unbeaten run which had two wins against seasoned sides, Ngezi Platinum Stars and ZPC Kariba, and three draws against Harare City, Tsholotsho FC and Chapungu FC.

Despite the warm start, the Harare side went on to lose 7-2 to fellow premier league debutants, Bantu Rovers, before losing to Chicken Inn and FC Platinum and have not come back since. After a nine match streak after the draw at Chapungu, they have won only once.

As they approach CAPS United, Yadah likely battle a serious dent on their confidence after losing to How Mine and Bulawayo City in their last two matches.

“Of course, we lost our two matches, but each and every game is different. CAPS United are a big team and we respect them, but we have to appease our fans.

“I’m sure beating CAPS United will go a long way to help to restore our confidence and the form that we had when we started the season. So we are ready for the champions of Zimbabwe,” Yadah head coach, Jairos Tapera, is quoted as saying in The Herald.

CAPS United, on 13th position, are one place above Yadah FC on goal difference. They too, like Yadah, have 13 points albeit from only eight premier league matches. They have seven games in hand, a huge credit tally brought about by their participation in the CAF Champions League this season.

“All the games that we play are very important. We are not the kind of team that finds some games more important than others.

“It’s something that we have been doing this season. It’s a new experience for all of us and it’s quite interesting that week in week out we are getting to plan for games”, CAPS United head coach, Lloyd Chitembwe, said.

CAPS United will be without centre back and captain, Hardlife Zvirekwi, who has been rested after returning from a nagging injury, while most players who have been out injured are expected back this afternoon.

The fate and participation of veteran striker and 2016 Castle Lager Premier League golden boot winner, Leonard Tsipa, who has not kicked a ball since he limped off with a knee injury over three months ago, is still obscure, amid rumours of a fall out between Chitembwe and the 35-year-old.

Fullback, Ronald Pfumbidzai, who was suspended during their 3-0 win over Bantu Rovers, will be back.

Yadah FC will be without Brian Chakwenya, Johannes Sibanda and Leeroy Murape due to injuries, while star player, Leeroy Mavhunga, is away on COSAFA duty with the national team.