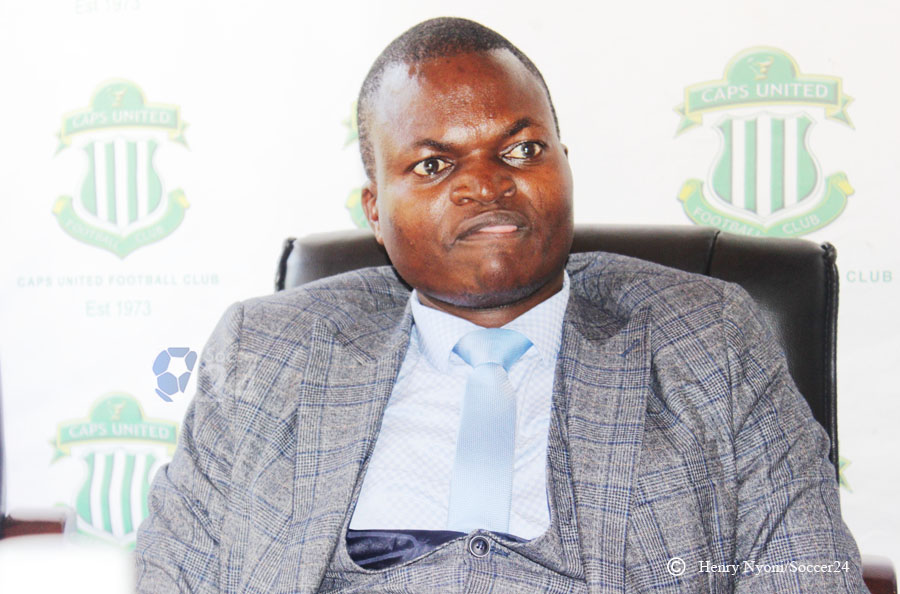 CAPS United have lashed out at former vice captain and centre back, Dennis Dauda’s Facebook post a few hours before their recent defeat to Yadah FC as irresponsible.

The premier league defending champions succumbed to a 2-0 shock defeat at the hands of the premier league debutants at Morris Depot on Tuesday. Yadah FC is owned by the cleric, Prophet Walter Magaya, who is also the founder of Prophetic Healing and Deliverance (PHD) ministries, where Dauda is a member.

Speaking to Soccer24 in the wake of Dauda’s transfer to Yadah FC   yesterday ,CAPS United CEO, Cuthbert Chitima, said the controversial messages posted by former Soccer Star Of The Year on social media before the match were unnecessary and showed were Dauda’s heart lies.

“I think in terms of the messages . . . that he posted on social media; to me I think it was being irresponsible. Being a [vice] captain of the team, I don’t think it was necessary.

“So after that, I think we all realized that that’s where his heart is, and I think as CAPS United, as a brand, we don’t stand in anyone’s way. So we decided to pave way for him so that he can join the team that he loves,” Chitima said.

Chitima, however, revealed that Yadah FC did not submit a bid after their 2-0 defeat on Tuesday, saying that the premier league newcomers had already approached them with an offer for the former ZPC Kariba and Harare City defender.

“I think as an institution, I think we all have values that we need at an institution. And in terms of him moving to Yadah, Yadah had approached us not this week, they approached us about three [or] four weeks ago, they wanted his services and we were not going to stand in his way,” added Chitima.

“. . .  that comment, I think there’s nothing wrong about it. Because I was saying [that] I was playing my father’s team, and Yadah is my father’s team. And it’s not a lie. And then writing that I want to make my father happy, yes, it’s not a lie. But not making him happy by losing, or giving away points, but your father is happy when you generally do well in what you do.