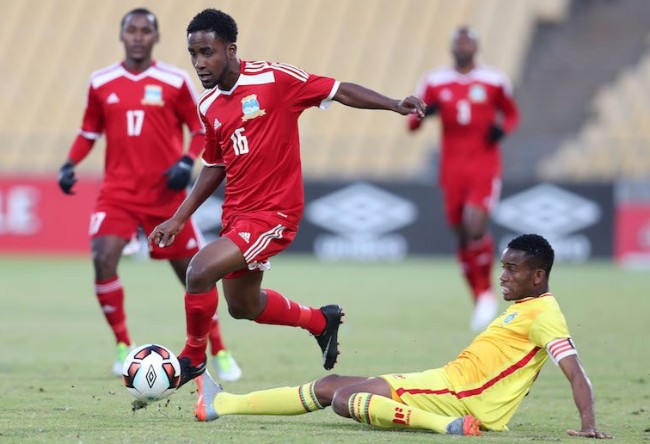 The Zimbabwe national team booked their place into the quarterfinals of the 2017 Cosafa Castle Cup with a emphatic 6-0 win over the Seychelles.

Zimbabwe were quick to settle and apply the early pressure but had to wait until the 23rd minute to find the opener. Ovidy Karuru who clinched the man of the match award again slammed the ball into the roof of the net to put the Warriors into the lead.

Two minutes later Karuru doubled the scoreline after Katsvairo’s  cross found him unmarked allowing the Amazulu forward to compose himself before scoring with another well taken strike.

Halftime came with the Warriors in full control and threatening to add more goals.

In the 49th minute the lively Prince Dube added the third when he went through on goal before sweeping past the keeper and scoring from a tight angle.

In the 66th minute Karuru capped another fine game when he struck Zimbabwe fourth and his hat-trick .

With the game drawing to a close Ocean Mushure piled more misery on Seychelles scoring with another beautiful free kick in the 83rd before adding a sixth in added time by getting onto the end of a cross and finishing well.

The result sees the Warriors finish top Group with a better goal difference than Madagascar which hammered Mozambique 4-1. Zimbabwe will now face Swaziland in the quarterfinals.