Warriors through to face Zambia in Cosafa Cup final 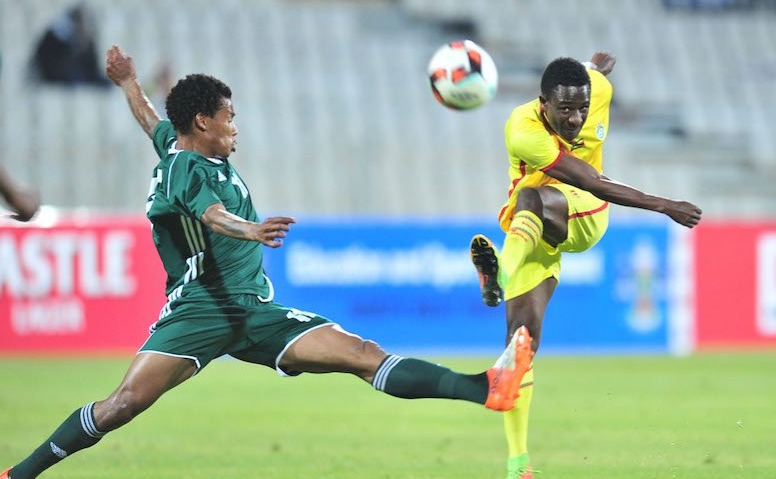 The Zimbabwe national team booked their place in the Cosafa Cup final with a 4-3 win over Lesotho this evening.

Knox Mutizwa struck a hat-trick while Talent Chawapwia weighed in with another goal to as the Warriors progressed.

Lesotho had the better start and threatened to score early but the Warriors grew in confidence as the first half progressed.

Mutizwa grabbed the opener in the 18th minute when he tapped in a corner to put the Warriors into the lead.

In the 26th minute Mutizwa should have doubled the lead when Gerald Takwara set him up but could only shoot wide.

In the 41st minute Lesotho’s pressure paid off when substitute Motebang grabbed the equaliser in a goalmouth scramble as Zimbabwe failed to clear.

Halftime came with the score still at 1-1 but with the Warriors wasting a handful of chances.

In the 51st minute Mutizwa made up for his earlier misses when he scored his second after a fine defence splitting pass from Talent Chawapiwa.

Chawapiwa then got himself on the score sheet with a brilliant individual goal in the 64th minute when he beat the Lesotho defence with pace before a cracking shot to finish.

In the 79th minute a lapse in concentration saw Lesotho break and score a second. However three minutes later Mutizwa completed his hat-trick to make if four for the Warriors.

A penalty in added time saw Lesotho get another goal but it was too little too late to stop the Warriors from marching on to the final against Zambia set for Sunday.

Get the latest local and international news, match alerts from Soccer24 via Whatsapp daily

Warriors through to face Zambia in Cosafa Cup final