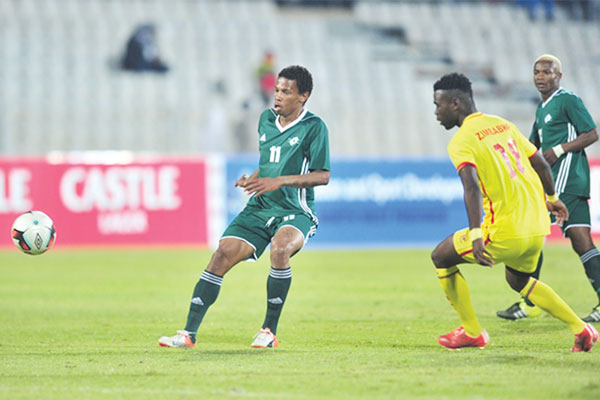 Warriors striker Knox Mutziwa admits he is thrilled to have joined an exclusive club of players that have struck hat-tricks for the Zimbabwe national team.

Mutizwa registered his hat-trick in the Warriors 4-3 win over Swaziland in the Cosafa Cup to book a place in the final.

Mutizwa is now second on the top goal scoring charts with four goals two less than Warriors skipper Ovidy Karuru at the tournament ahead of Sunday’s final.

“I didn’t know we are just eight who have scored a hat-trick for the Warriors; I thought we were 20 or so he told Newsday.

“Looking at the names of the other players that have achieved that, it’s unbelievable and I feel so happy. It’s a big achievement and I thank God, my teammates and my family for helping me to achieve such a wonderful thing he added.

Mutizwa would be looking to add to his tally when the Warriors face up against rivals Zambia on Sunday.