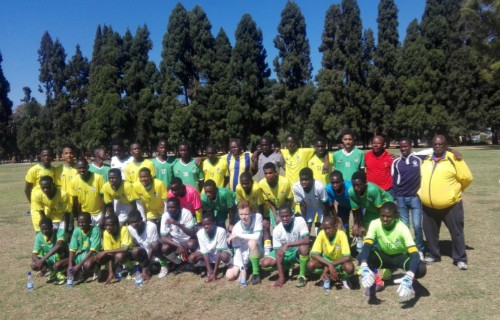 Zimbabwe U-17 head coach Moses Chunga has named the final 20 man squad for the upcoming Cosafa Cup U-17 tournament.

The tournament is set to begin in Madagscar this Friday.

Chunga’s final squad includes his son Madalisto while St Johns forward Calum English-Brown has now been included after COSAFA conformed to the country’s sports policy which allows junior athletes to represent the nation even without a local passport.

Chunga has admitted he has been limited in his selection due to time and resources strain but was keen to spread his net wider in the future.

Chunga toured Harare ,Bulawayo and Esigodini to come up with the squad

“People will have to forgive me this time around because the time frame that I had to select the team was limited admitted Chunga at the weekend.

“I did not visit many places like Masvingo, Mutare and several other towns because of the little time I had he added.