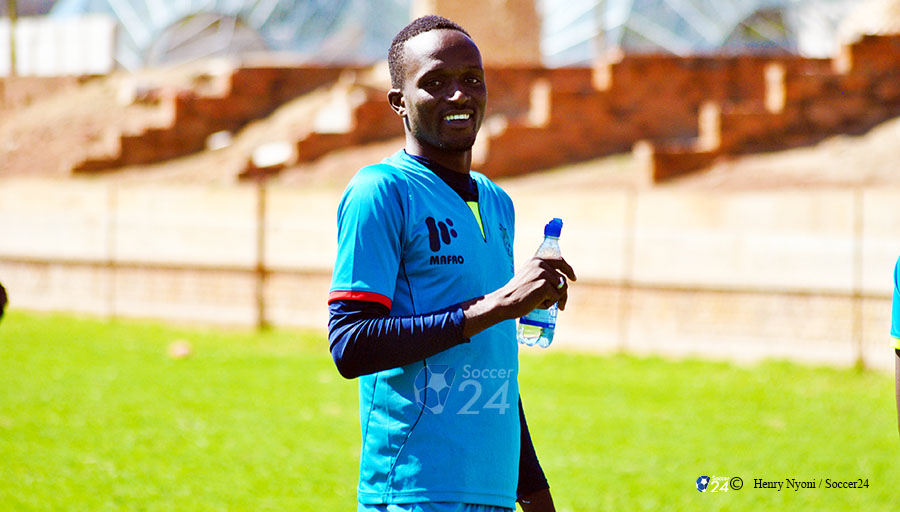 Warriors captain, Dennis Dauda, has expressed disappointment after their African Nations Championships (CHAN) 2018 Qualifier loss to Namibia at the National Sports Stadium in Harare on Sunday.

The Warriors lost 5-4 on penalties after the match had ended 1-1 on aggregate after a superb Prince Dube 40th minute strike. The Warriors bowed out during CHAN qualifiers for the first time in the history of the tournament.

Speaking after the defeat, the 2014 Castle Lager Premier League Soccer Star of The Year said the Warriors had let Zimbabwe down.

“It’s very bad, because if we look at it, this is the first group which didn’t qualify for CHAN, so we are not happy because we have disappointed Zimbabwe,” Dauda told journalists.

Dauda was one of the penalty takers in the shootout, scoring the last penalty for Zimbabwe, but could not salvage a win for the Warriors after Black Rhinos goalkeeper, Herbert Rusawo, who took the Warriors fourth penalty, had had his spot kick saved by Namibia’s second choice keeper, Edward Maova.

Apart from Dauda and Rusawo, other penalty takers were Devon Chafa, Milton Ncube and Praise Tonha, who all netted their efforts.

The former CAPS United skipper, however, felt hard done by the supporters saying the fans had let down the Warriors by booing Rusawo when they realised he was about to take their fourth spot kick.

“We didn’t make many mistakes, but not shifting the blame, the supporters perhaps didn’t play their part well when the goalkeeper was about to take the penalty. They started booing their own player and took away the confidence from him,” he said.