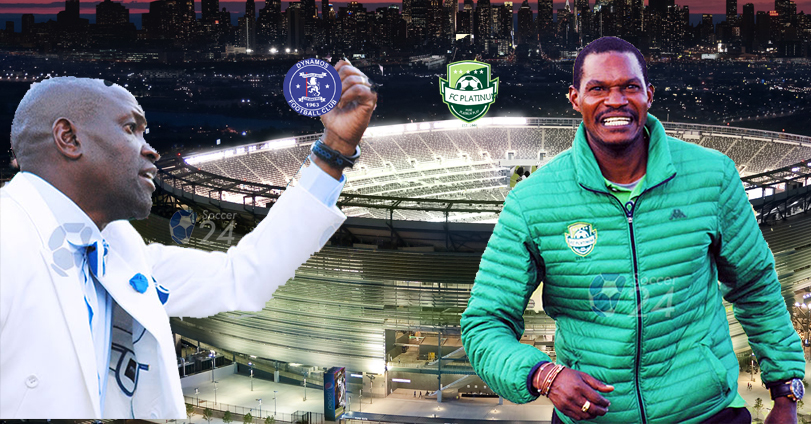 An in-form and resurgent Dynamos, who have been riding high on a streak of good performances, will face a stern test of character when they date FC Platinum in what promises to be a fiery battle away at Mandava stadium this afternoon.

Buoyed by the return of their coach Loyd Mutasa who has been absent from the technical area due to the national team commitment as assistant coach, Dembare will be eager to unsettle their opponent and maintain they unbeaten run to seven matches.

Dynamos have gained a lot of ground in the title chase with their Cameroonian forward, Christain Joel Epoupa, being in a rich vein of form and will be the man to watch tasked to find the target for the Glomour Boys.

Having won 1-0 in their first encounter, FC Platinum would need to be at their best to withstand the challenge that will come from Dynamos. Mapeza will look to inflict another defeat and stamp his impressive record against Dembare having lost once from their six encounters.

Mapeza’s prodigy, Bret Amidu, who joined the miners from Dynamos is expecting a close contest at Mandava.

“The game is going to be very tight. FC Platinum are good team [but] so is Dynamos. Guarding against complacency and starting at a frenetic pace will be important to upset our opponents.

“We will be playing for three points and [will] maximize [on] home advantage from the onset and continue to pile pressure on other team as battle for top spot intensifies, “said Amidu.

Dynamos head into the clash without fullback and captain, Ocean Mushure, who raptured his knee while away in Windhoek, Namibia on Warriors duty during the CHAN Qualifiers, and his absence will be a blow for Dynamos, who are looking to avoid back-to-back defeats against the platinum miners.

“Obviously Ocean [Mushure] is a big player, hence he is the captain, we really miss him. But all the same we have managed to have quite a number of players; we registered a number of players in case of such scenarios. We hope the youngsters who will fill the void will do so well, they are always knocking and chances come in different ways,” Dynamos coach, Lloyd Mutasa told Soccer24.

Striker, Quality Kangadzi, will also be absent with an injury he sustained several weeks ago, while defender, Marshal Machazane, is out with stomach pains.

“I think now the youngsters are recovering, [but] we still have Quality [Kangadze] who is still recovering from his injury. We [also] have Marshy [Machazane] who has stomach pains, otherwise the rest are up and about,” he added.