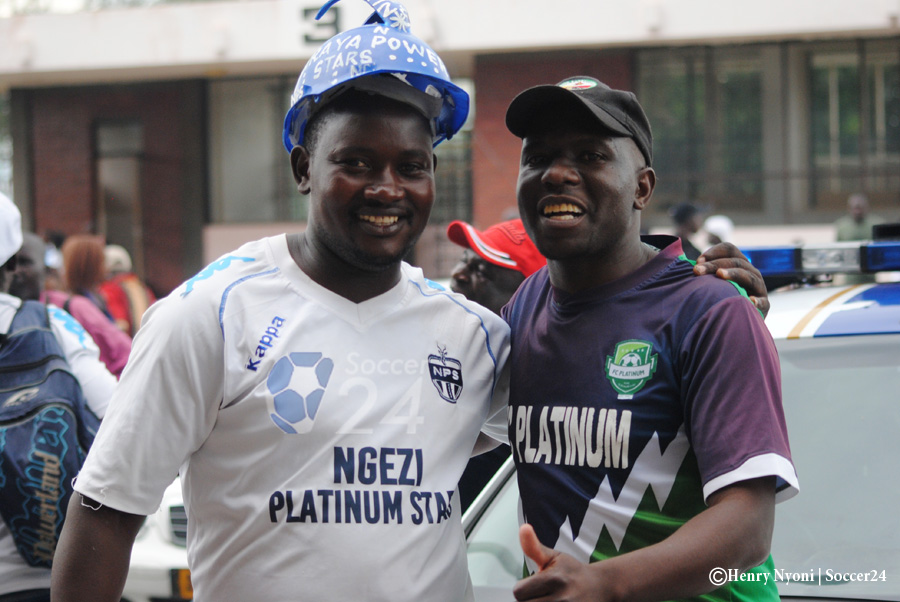 Ngezi Platinum got their second half of the season off to a flying start when they beat Black Rhinos 4-2 at Morris Depot this afternoon.

After a goalless first half Partson Jaure put Ngezi Platinum in front four minutes after the halftime break.

In the 55th minute Terrence Dzvukamanja doubled the lead for Ngezi with a header from just inside the box minute before Walter Mukanga smashed in the third.

Dzvukamanja then completed his brace in the 75th minute heading in after Amini’s shot had rebounded from the keeper.

Lot Chiwunga fired in two late goals for Rhinos but Ndiraya’s side had done enough already to clinch maximum points that take them to the top of the table.

At Barbourfields Stadium Highlanders succumbed to a 2-1 loss to Bulawayo City. Munyaradzi Mungadze put the home side in front with a tap in after Highlanders had failed to clear.

Rahman Kutsanzira gave Highlanders a fighting chance when he scored in the 30th minute but Bulawayo CIty held onto to the lead to claim their first league win over Bosso. 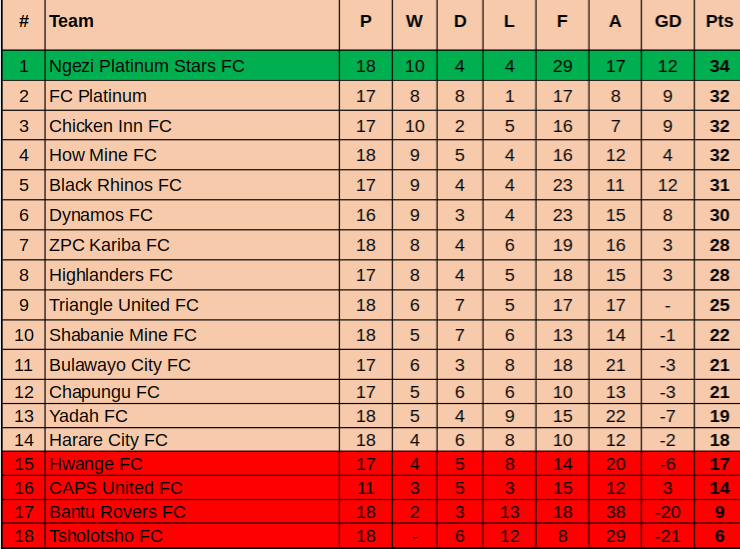