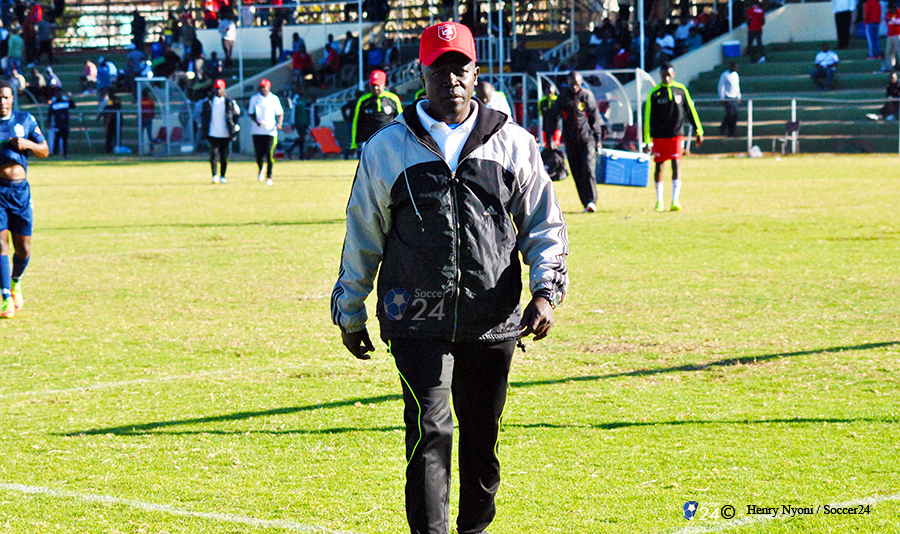 A brace from striker, Lot Chiwunga, was not enough to rescue ‘Chipembere’ who had been trailing 4-0 as they slid to fifth place on the log table after the disappointing result, registering 31 points from 17 outings.

Speaking in the wake of the defeat, Mtizwa said Black Rhinos needed to return to the drawing table and strategize.

“Yes, we lost at home, very disappointed . . . we wanted a lot to collect those three points. But anyway, not taking away anything from Ngezi, I think they gave us a good fight I think we are going to work on our mistakes,” he told journalists after the match.

“You know when we came back from first half to second half . . . I think the first half; the first 35 minutes, Ngezi were on top [and] the last 10 minutes of the first half, my boys began to be composed and started to possess (the ball) and from there it was nice, we thought second half we were going to come back lifting our game.”

Ngezi, who have returned to the top of the premier league table, opened the scoring with a Patson Jaure header four minutes into the second half and finished scoring with a Terrence Dzvukamanja goal from a rebound following a 20 yard free-kick.

“Those two spot kicks; a corner kick and a foul (free kick); we didn’t really mark those strikers. I think we gave them too much room, as a result there were some free headers. And also our goalkeeper, I think he made one mistake, where he was supposed to punch the ball but he opted to try and catch it and he failed and the rebound was finished by the Ngezi striker,” he said.

Black Rhinos have shown determination and expressed intent by offsetting giants such as Dynamos and Highlanders despite having been promoted into the premier league only this season. They have registered nine wins, four draws and four losses and have a game in hand.

“That break we had, I think it also affected my boys, from the first round I think that momentum, I think we lost it, and I think we are going to rectify it in the next game when we play Chapungu. We are going back to the drawing board and make some immense [changes],” he said.