Ngezi Platinum return to the top, Dynamos and Highlanders bounce back with wins 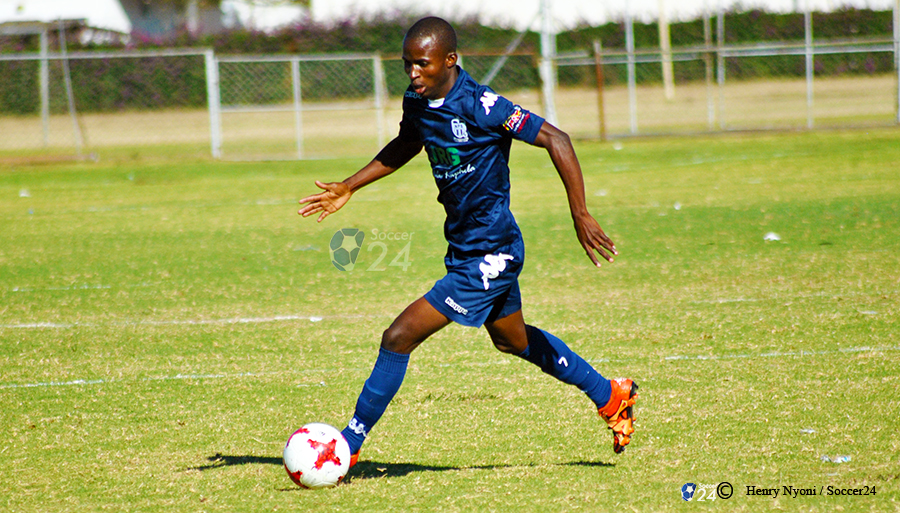 In the Castle Lager Premiership this afternoon there were wins for Dynamos, Highlanders, Ngezi Platinum , Chapungu and Chicken Inn.

Ngezi Platinum returned to the top of the Castle Lager Premiership with a 4-1 demolition of Hwange at Baobab Stadium.

Shepherd Gadzikwa gave Hwange the lead in the  9th minute but the lead only lasted five minutes with Godknows Murwira equalising five minutes.

Murwira then grabbed his brace with a well taken shot to make it 2-1 to Ngezi Platinum.It was in way traffic from there has Ngezi Platinum dominated the game more and added two more through Terrence  Dzukamanja and Qadr Amini.

Dynamos marked their return to Rufaro Stadium with a 2-1 win over Triangle . Tawanda Macheke put the home side in front with a close range header after a pass from Christian Epoupa.

Lameck Nhamo brought Triangle level when he volleyed into the top left corner in the 29th minute. Ocean Mushure grabbed the winner with a tap in after pouncing on a weak Kapupurika attempt on goal.

At Maglas Stadium Highlanders bounced back to winning ways when they beat Shabanie 2-0.

Ralph Matema then made three points certain when he doubled the lead in the 79th minute.

Black Rhinos suffered another defeat when they went down to Chapungu at Ascot Stadium. Philip Marufu, Allen Tavariswa and Patrick Khumbula were all on the score sheet for Chapungu.

Chicken Inn moved third when they edged Bulawayo 1-0 at Luveve Stadium. Innocent Mucheneka was on target for the Gamecocks. 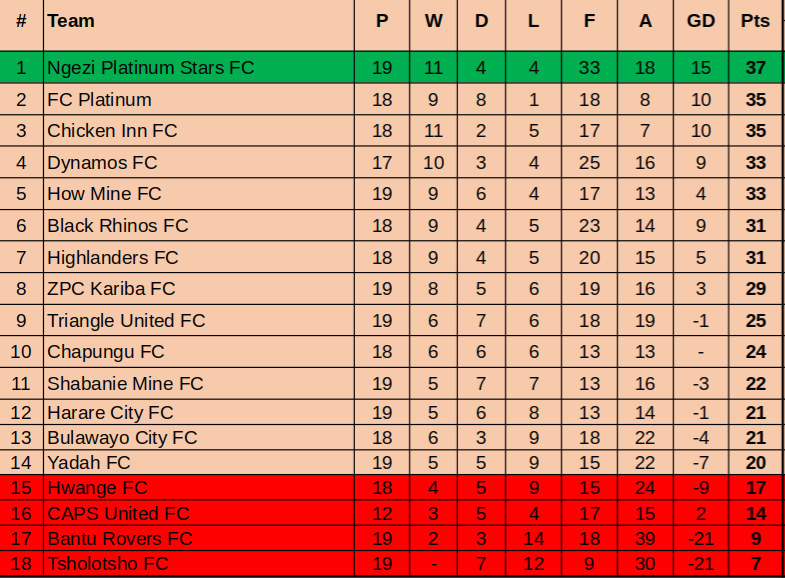