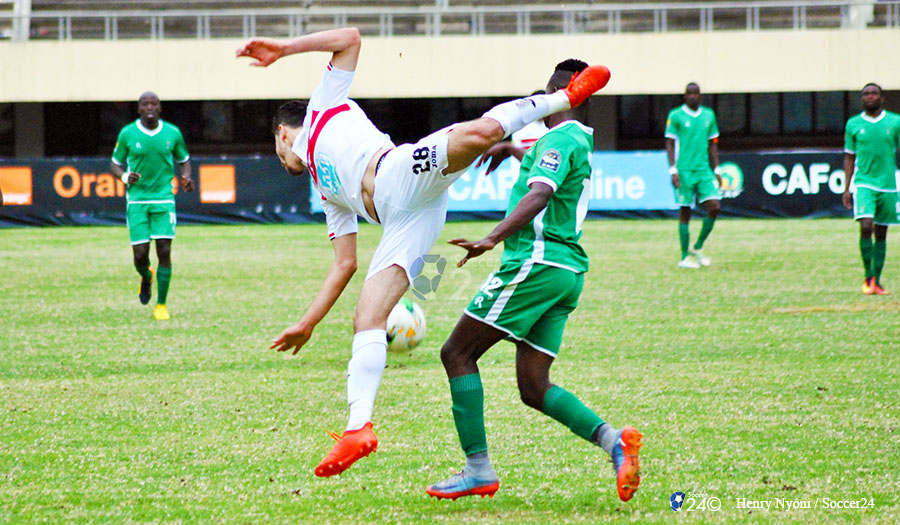 Former CAPS United forward, Abbas Amidu, has said Smouha are a big club insisting that they fit the bill very well for him as far as the development of his career is concerned.

The former Black Leopards winger joined Egyptian top flight side from the Castle Lager Premier League reigning champions last week on a three year deal after helping them reach the group stages of the 2017 CAF champions league where he impressed against North African giants Zamalek and USM Alger.

The 27-year-old, who reportedly turned down a million dollar move to Smouha’s rivals Zamalek last month, left for Egypt on Friday ahead of pre-season preparations.

“Smouha is a big club, they always finish in top three. They always compete with Zamalek and Al Ahly (Egypt). What I just wanted is a club which ends in top four. That’s what I wanted,” he told Soccer24.

“They are also playing in the champions league next year, that’s what I’m also looking for. Because at the end of the day, Zamalek almost have 11 foreigners, and they only registered three. Then Smouha only have a few foreigners.”

The ex-Kaizer Chiefs forward, however, said he is not putting himself under pressure despite high expectations as the team heads into pre-season preparations.

“First of all, it’s my first time to play in Egypt, at the same time I know expectations are so high but I’m not putting myself under pressure. All that I can say is that I’ll try my best to work hard. With hard work there are no limitations.

“. . . we are going for pre-season, so everything is basically going to be seen, trying to get the combinations, and I’ll start to see. It’s not like I have gone on a half season . . . it’s gonna be easier after pre-season,” he added.

Amidu paid tribute to CAPS United fans for their undying affection towards him in the season he arrived at CAPS United from United Arab Emirates Division One club Masafi and they went on to lift the Castle Lager Premier League.

“All I want to say to the fans of CAPS United is thank you for welcoming me. Since last year, they have been with me. They never misbehaved towards me but at the same time I just want to urge them to keep on supporting whoever is playing.

“I’m gonna miss them. But at the end of the day, they just have to support whoever is playing,” he said.