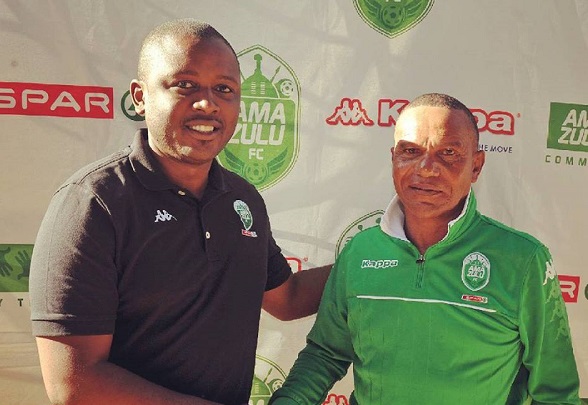 ABSA Premiership side Amazulu have terminated the contract of Joey Antipas and his assistant fellow Zimbabwean Prince Matore.

Amazulu recently secured a place in the ABSA Premiership after buying Thanda Royal Zulu’s franchise. Antipas was appointed by Amazulu in May 2016 from Chicken Inn.

AmaZulu FC, Joey Antipas and his assistant, Prince Matore have reached an agreement to terminate their working relationship for the coming season on mutual consent.

An announcement regarding the assistant coach role will be made by the end of the week.

AmaZulu General Manager, Lunga Sokhela thanked Antipas and Matore.  “We’d like to wish Mr Antipas and Matore the best of luck in their future endeavors, we thank them for their time spent with us,” said Sokhela.