Still early to talk about the title – Mutasa 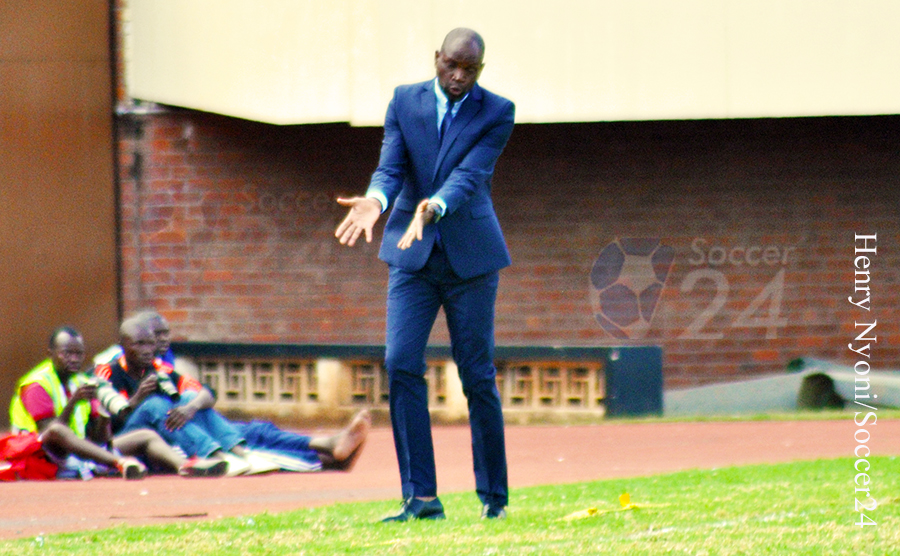 Dynamos coach, Lloyd Mutasa, has insisted that it’s still early to talk about the premiership title race despite a comfortable 2-0 win over Hwange Colliery at the National Sports Stadium on Wednesday evening.

A 34th minute own goal by Hwange defender, Gerald Ndlovu, in a desperate attempt to clear a Tichaona Chipunza cross from the area, and an Ocean Mushure close range header 11 minutes into the second half were enough to maintain a steady run for the ‘Glamour Boys’, registering nine wins in 11 matches.

Speaking in the wake of the win, the former FC Platinum coach, however, insisted that it’s not the right time to pitch the former premier league champions as title contenders for the 2017 premier league season.

“We still maintain what we said at the beginning of the season that this team at least is capable of doing better than we did last season. So we are taking every game as it comes and we’ll see where the games will take us to,” Mutasa told journalists after the match.

Mutasa praised the performance of the miners, who, despite the loss, displayed a spirited performance against the home team.

“I think it was another tough encounter against a stubborn Hwange side, they played well, but the good thing is at least we managed to score two goals that made the difference,” he said.

Hwange Colliery played 85 minutes of the match with 10 men after Melvin Mekina was shown red for a reckless lunge on Dynamos midfielder, Cleopas Kapupurika, five minutes into the first half, a feat which, despite the apparent accuracy of the referee’s call, likely destabilised the visitors.

“Yeah, I would like to believe that well, you play against 10 men, probabaly the other team they are at a disadvantage. I’m saying thumbs up to Biggie [Mawiwi] he has done a great job, Hwange played exceptionally well today. I think he’s doing a good job and I wish him well”, he said.

Dynamos, however, were conspicuous by their wastefulness and failure to bury several chances which come their way throughout the match in the absence of injured forward, Christian Ntouba Epoupa. One such occasion was when striker, Tawanda Macheke, lackadaisically failed to convert a ‘one on one’ with the goalkeeper 23 minutes into the second half.

“Yeah, it’s still a cause for concern, we’ll go back to the drawing board, but at least we managed to score two goals and what is crucial at the moment is three points and we are happy that we managed to collect three points,” said Mutasa.

Still early to talk about the title – Mutasa