CAPS United came from behind to beat FC Platinum 2-1 in an exciting rescheduled Castle Lager Premiership fixture played at Rufaro Stadium this afternoon.

FC Platinum settled quickly and took the lead in the 5th minute through Charles Sibanda.

In the 37th minute FC Platinum failure to deal with set pieces was costly again as Stephen Makatuka put CAPS UNited in fronter with a header following a Ronald Pfumbidzai corner kick.

Despite the home side leading it was FC Platinum that continued to enjoy more possession as the first half progressed.

The second half saw CAPS United take full control of the game as they held the upper-hand in the midfield.

Petros Mhari did well to was deny CAPS United a third in the 50th minute with a well taken save.

FC Platinum threw in Takesure Chinyama to try and get the equaliser in the 63rd minute but the veteran striker failed to make a significant impact.

In the 90th minute FC Platinum almost grabbed a sensational equaliser but Edmore Sibanda did well to block Hamadzashe Moyo shot from inside the box to ensure his side collected maximum points.

The results sees CAPS United move out of the relegation zone to 14th position with 21 points while FC Platinum’s unbeaten that had stretched to five games comes to an end. 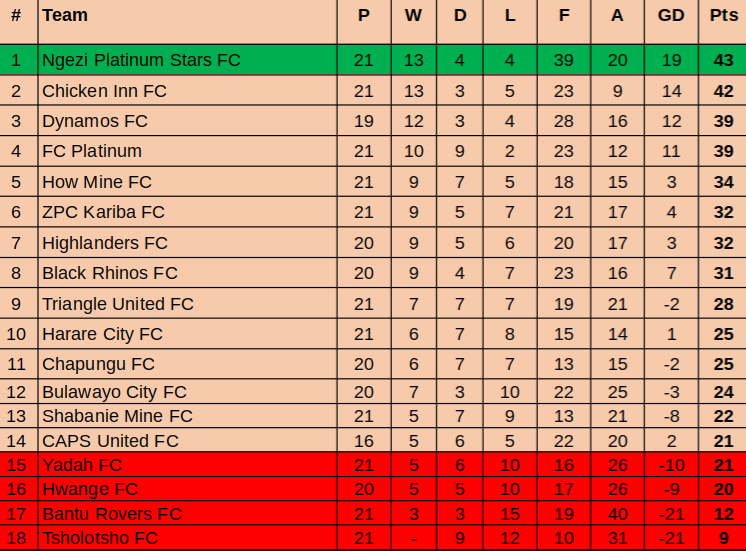