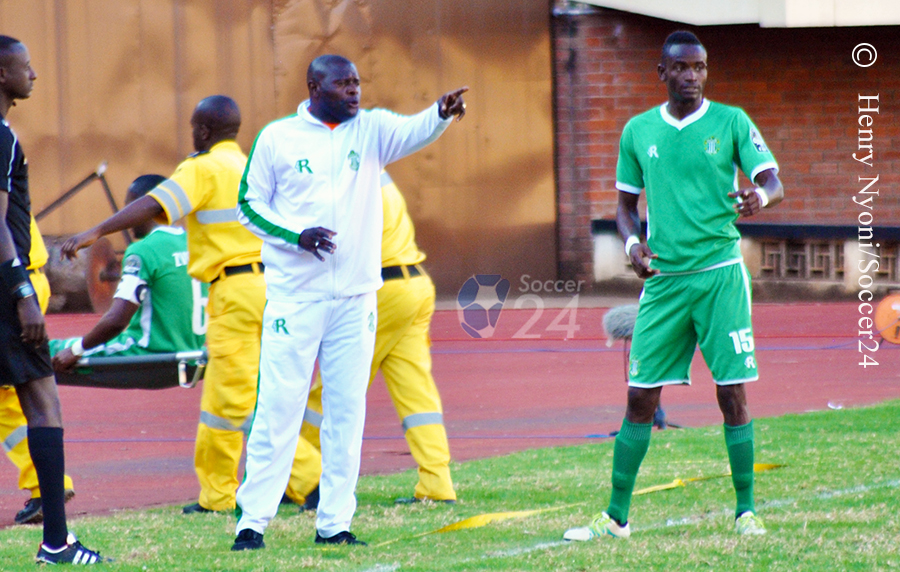 Caps United will take action against Ronald Pfumbidzai after the utility player exhibited some rebellious behaviour in the 2-1 victory over FC Platinum at Rufaro on Wednesday.

Pfumbidzai exchanged some words with coach Lloyd Chitembwe towards the end of the match and was duly taken off for Cabby Kamhapa.

The left footed player who was playing in a more offensive role as an attacking midfielder, did not shake hands with the coach nor his replacement in frustration before taking his place on the bench.

After the match Pfumbidzai headed straight to the dressing room while his teammates and technical staff went to salute the fans.

” We don’t condone such behaviour, we treat his behavior with contempt it deserves. We will sit down with the boy. We issued an instruction to the lad to follow and it didn’t go down well with him. But we don’t want to blow things out of proportion so we will sit down with the player and I know we will reach an amicable solution,” said Mathe.

Meanwhile the Caps United coach has tipped Nigerian striker Abasarim Chidiebere to shine at the club.

Chidiebere endeared himself well with the Caps United fans when he made his debut league appearance replacing Dominic Chungwa in the second half. The Nigerian became an instant hit with Caps United fans.

“He still needs to get used to the high tempo play and physicality of our game. Where he comes from they more of a slow game. We are happy with his progress and he will gel well with others soon, ” Mathe.

The league champions will take on log leaders Ngezi Platinum at Rufaro Stadium on Sunday.