Caps went into the match on the backdrop of a morale boosting 2-1 win over FC Platinum in the midweek and didn’t disappoint against another Platinum outfit who are chasing the league title.

Dominic Chungwa was again on target as he scored a brace while John Zhuwawu grabbed the other goal.

Terence Dzvukamanja got the first chance of the game early when his shot narrowly missed the target.

Ngezi Platinum continued to pile on the pressure but failed to make it count.

In the 30th minute Chungwa opened the scoring with a header Dominic Chungwa from a Bamusi cross. Two minutes later CAPS United doubled the lead with capitalising on poor marking by Ngezi Platinum.

Halftime came with CAPS United firmly in the driving seat.

In the 61st minute Chungwa scored his third goal in two games when he headed in from an acute angle with a cluster of Ngezi Platinum defenders marking him to make it three and wrap up the win for CAPS.

The result sees CAPS United move to 13th on the table while Ngezi Platinum missed out on a chance to go top and saw their winning streak halted.

At Maglas Stadium Talent Chamboko’s goal on the stroke of halftime was enough for ZPC Kariba to clinch all three points against Shabanie. 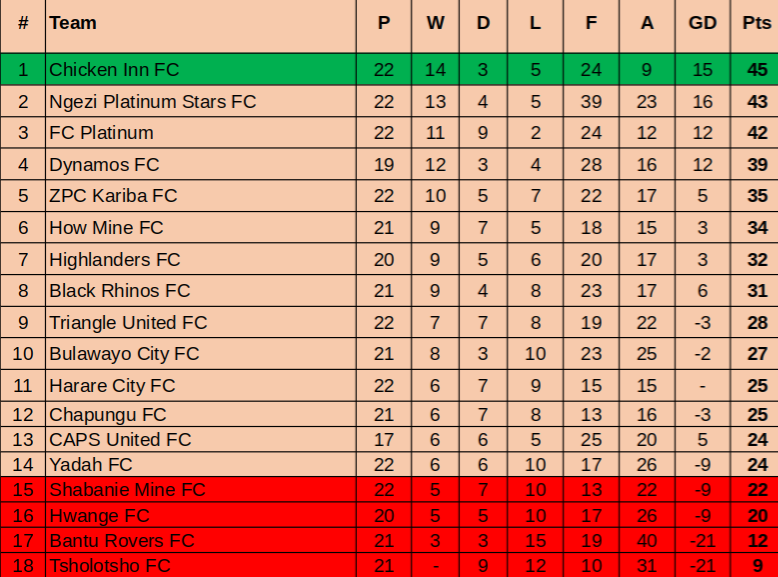