“Highlanders have a crisis, not me” says Akbay 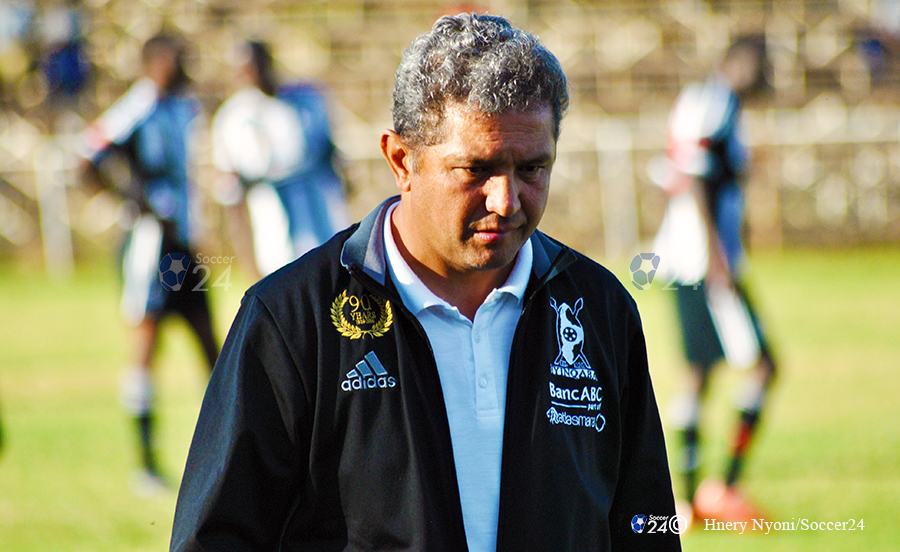 Troubled Highlanders coach Erol Akbay has shifted his blame to the Bosso Executive after recording a 4th successive defeat.

The fading Bulawayo giants succumbed to a 79th minute strike by Brighton Mungani as they narrowly lost 1 nil to Chapungu at Hartsfield.

Though Highlanders exhibited a better performance, it was in attack were they seemed not to gel… and coach Akbay alluded to the Executive failure to buy him quality strikers.

In an Interview with the Chronicle Akbay accused the Bosso Executive of not buying players he wanted despite them promising they would.

“We are missing good strikers. I gave them a lot of names that I wanted, but I was told there was no money. This executive does not want good strikers in our team because they did nothing about the players which I wanted,” he said.

The Dutchman said he was not panicking and was not in crisis, but it was the club which was in a crisis.

“Highlanders have a crisis, not me. I know what I am doing and my heart is very clean. I know where the problem is and it’s the strike force.”

However, acting Chairman Morden Moyo responded saying Akbay should stop blaming everyone but hismself as the team does have strikers at their dispossal.

“It’s not true, the guy has got strikers that he recommended to us and this blame game of saying the executive did not buy strikers is not true. Which strikers did he recommend to us and we failed to get save for Obadiah Tarumbwa, who is contracted to Chicken Inn? This blame game will never help us at all; it’s not fair when a bad workman blames his tool. Does he want me to get onto the field and score; it’s not fair at all,” Ngwenya told the Chronicle.

“Akbay should stop criticising anyone and rather concentrate on rectifying his own weaknesses. Initially he was blaming Soma-Phiri, who excused himself and now he is blaming the executive. He blames everyone except himself and yet the buck stops with him in the dugout,” said Ngwenya.

Highlanders will however make an official statement in regard to their crisis after a technical review meeting set for Monday.

“Highlanders have a crisis, not me” says Akbay