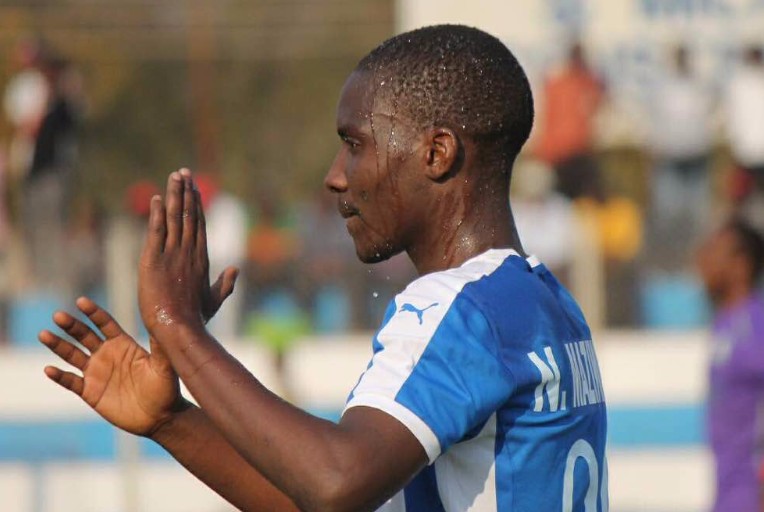 Former Shabanie Mine striker Nelson Maziwisa has taken the Zambian Super League by storm after being named man of the match three times in the five games he has played.

Maziwisa joined Kabwe Warriors in July and has made an immediate impact scoring three goals in five matches.

The goal poacher popularly known as Jungata back home said he was really pleased with his form after having gone off the radar a few seasons after being discarded by FC Platinum.

” Its good to be playing in an environment where there are people who appreciate what you are doing and are always encouraging you to do better. Right now I want to continue scoring goals for the good of the team, ” said Maziwisa.

Maziwisa rejoined Shabanie Mine this year after forgettable spells at Triangle after being discarded by FC Platinum.
The 2012 golden boot with Shabanie Mine has been an instant hit in Kabwe and is a favourite among the fans.

Kabwe Warriors are fighting relegation and are on position 15 in a 20 team league with just 23 points from 25 matches.