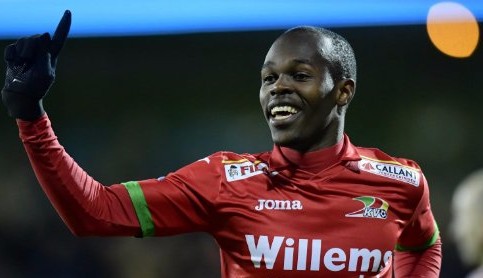 Knowledge Musona was on target as KV Oostende were held to a 1-1 draw by 10 men KV Mechelen to pick up their first point of the 2017/18 Belgian Pro League Season.

The 28-year-old striker gave Oostende the lead in the 71st minute, four after Mechelen player Faycal Rherras was shown a red card.

But just on the verge of leaving the Stadium with the maximum points, Boureima Bande equalized with 10 minutes left on the clock.

It was Oostende’s first point after 6 attempts and remain rooted at the bottom of the Standings.

In the same league, Marvellous Nakamba’s Clube Brugge lost for the first time going down 2-1 to Royal Excel Mouscron and ultimately gave away pole position in the process.