Mahachi, Mutizwa on target for Arrows 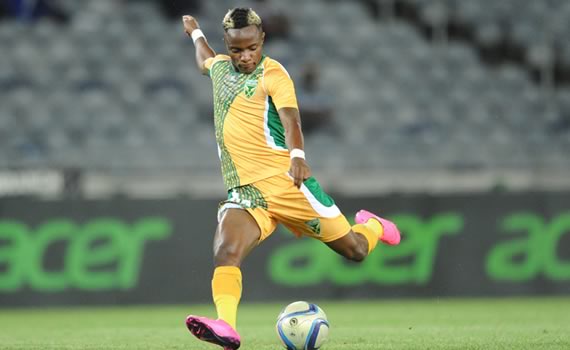 Kudakwashe Mahachi and Knox Mutizwa were on target for Golden Arrows yesterday when they helped their team claim a big 4-1 victory over Amazulu.

The Zimbabweans were on top of their game with Mahachi playing the whole match.

Mahachi netted the third goal for his team on the 90th minute.This was his second in this season. Two minutes later, Mutizwa sealed the victory in the added time when scored a close range volley. Knox had came in as a substitute in the 77th minute.

With the emphatic triumph, Arrows are now perched on top of the table with eight points, ahead to second placed Maritzburg on goal difference.

Mahachi, Mutizwa on target for Arrows