Matthew Rusike is ready to return 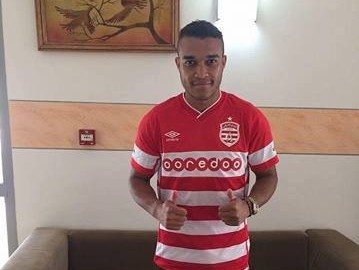 Zimbabwean striker Matthew Rusike is set to return to his Tunisian outfit Club Africain after ironing out their pay disputes.

Rusike left the club last season soon after the Tunisian Cup final, which was won by Club Africain.He remained clubless with a vast of European clubs rumoured to be after him.

The Zimbabwean did not play the last matches of last season because of the financial conflict.

However, Matthew Rusike asked to be paid for his salaries in May, June, July and August before he could comit which the club, which has reportedly been done.

His contract ends in 2019 and the Tunisian giants had sought to sell the player but decided to keep him for regular first team striker who suffered an injury.

Matthew Rusike is ready to return