Messi has qualified Argentina for the World Cup! 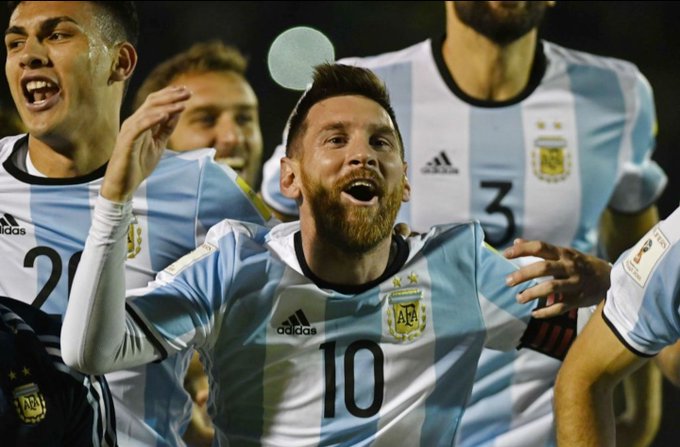 Argentina, Colombia, and Uruguay sealed places at the World Cup in Russia, while Peru clinched a berth in a playoff with New Zealand in CONMEBOL World Cup qualifying on Tuesday.

That means Chile and Paraguay are out.

Four years after Lionel Messi Argentina to the World Cup Final, the South American nation needed its ultra mega star to drag them back to the tournament.

And on the final day of qualifying, after going down a goal on the road to already eliminated Ecuador, Messi went Messi.

The 30-year-old scored a pair of first half goals to give Argentina a 2-0 lead.

Man City’s Gabriel Jesus scored twice after Barcelona’s Paulinho opened the scoring to send Chile out of the World Cup.

The hosts were the safest unqualified side heading into the evening, and controlled the early goings before conceding a first half own goal. The man at fault, Gaston Silva, set Martin Caceres up for an equalizer before the break. Silva then set up Edinson Cavani for the go-ahead goal.