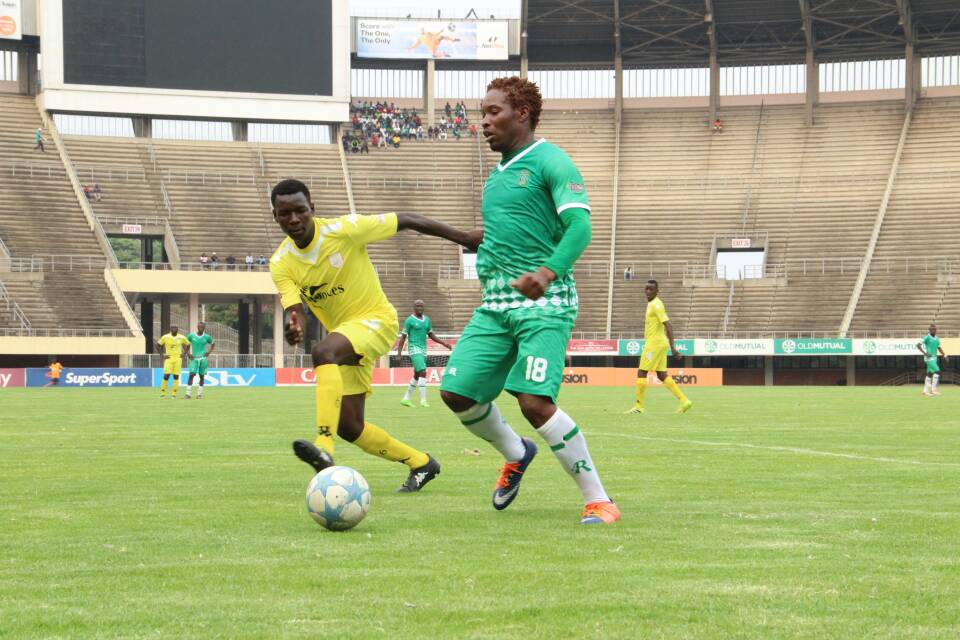 A goal each from Simon Munawa and Ray Lunga plus an own goal by Guthrie Zhokinyu helped Highlanders return back to winning ways in the Castle Lager Premier Soccer League on Thursday with a 3-1 victory against over Triangle at Gibbo Stadium.

The visitors were the first on the score sheet when Guthrie Zhokinyu who had been having a somewhat bad spell headed in the back of his own net 5 minutes before the breather to give Highlanders the lead going to the break.

10 minutes after the break Lameck Nhamo equalised from the penalty spot to score his 10th goal of the season.

On the stroke of fulltime, second half substitutes Ray Lunga and Kalunga Tambwe combined to score the third for Bosso. Ray got to the end of Kalunga pass killing off the game as a contest.

Passmore Bernard opened the scoring in the 36th minute with a ferocious short. Tarumbwa doubled the lead in the 57th minute.

Harare City managed to be on the score sheet just 2 minutes from fulltime but Chicken Inn did enough to hold on to their lead.

Caps United kept their unbeaten run against Black Rhinos as their game ended as a 0-0 draw.