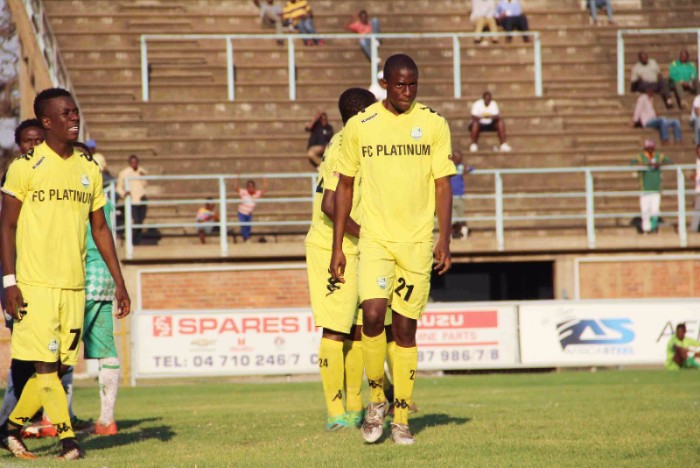 FC Platinum moved to top of the table when they beat ZPC Kariba 3-0 in a match played at Mandava Stadium on Saturday.

Pure Platinum Play are now on 63 points, thanks to Charles Sibanda’s brace in the first half.

The play started with the hosts setting the pace when Sibanda opened the scoring in the sixth minute after Rodwell Chinyengetere set him up. ZPC Kariba responded well when they launched their first meaningful attack moments later but it was easily cleared by the FC Platinum defense.

With the play swinging in their favour of the visitors, they conceded another goal when Mkhokeli Dube headed home a corner kick in the 35th minute. It was not going to be long when the Zvishavane side added another one in the 41st minute after Sibanda curled home a beautiful free kick.

ZPC Kariba tried to come back in the second half but they failed to penetrate the solid defense of the home team. However, they almost conceded a fourth goal when Kelvin Moyo’s header was cleared off the line in the 81st minute.

Moyo’s effort was the last highlight of the match as FC Platinum extended their undefeated home run.

In Harare, Shabanie Mine failed to pick up maximum points when they drew 1-1 against Black Rhinos.

The Chinda Boys wanted nothing short of a win in order to move out of relegation zone. They remain on 15th position with 33 points.

The match had a cagey start and the first effort on target came in the 16th minute. Rhinos went in to the lead through Farai Banda four minutes later but Shabanie restored parity courtesy of Trevor Ajana in the 41st minute.

No special moments in the second half happened and the match finished 1-1.

Munyaradzi Chirava scored the first goal in the 12th minute before Moses Demera doubled the lead from the spot on the stroke of half time.