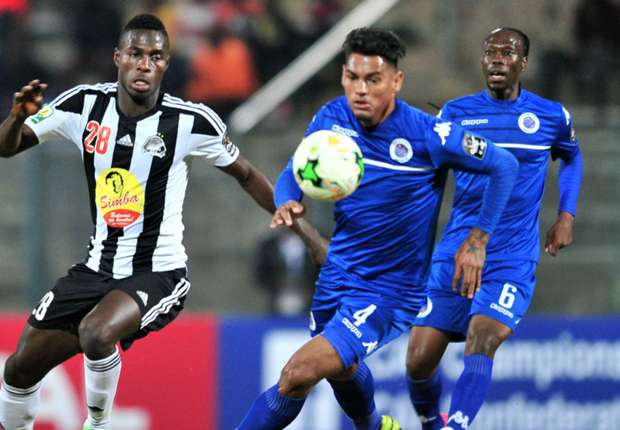 The CAF Disciplinary Board has sanctioned TP Mazeme and Supersport United for pitch invasion by supporters of the two clubs during the second leg of the final of the Total CAF Confederation Cup played on Saturday, 25 November 2017 at the Lucas Moripe Stadium in Pretoria.

Supersport has been fined 15,000 US Dollars for the security flaw in the organization of the match. The South African club has also been cautioned against a repeat of such incident, or risk playing their games behind closed doors.

On the other hand, TP Mazembe were imposed with a fine of 5,000 US Dollars for the behaviour of their fans during the match.

Meanwhile, Mazembe retained the title after a 2-1 victory on aggregate, holding Supersport to a goalless draw in the return leg. – CAF