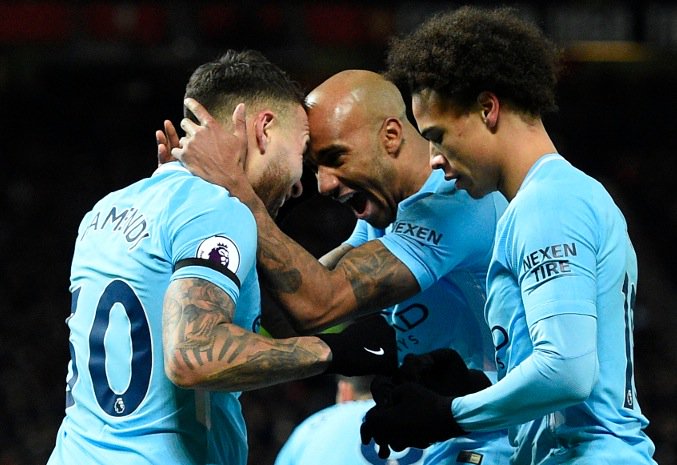 The visitors dominated possession in the opening exchanges, but were unable to truly test David De Gea until David Silva slotted home after Romelu Lukaku’s misplaced chest down fell to the City winger at a corner.

Three minutes later some poor defending from Fabian Delph allowed Marcus Rashford to strike in stoppage time before the break.

Nicolas Otamendi sealed the victory in the second period, scoring his fifth goal in his last 15 appearances from close range after a mistake by Lukaku again.

Meanwhile, the victory sees Pep Gaurdiola’s men move 11 points clear of their neighbours who are second on the log.