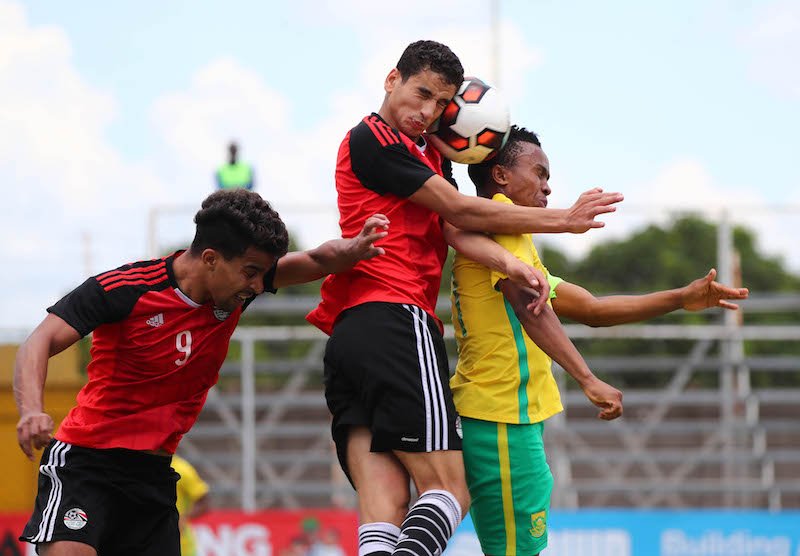 South Africa will play Lesotho in the final of the 2017 COSAFA Under-20 Championships on Saturday.

Amajita secured their place after beating Egypt 1-0 in the first semi-final played on Thursday. Luvuyo Mkatshana scored the only goal of the match just before halftime.

Amajita finished the game with 10 men after Lehlogonolo Matlou was sent off in the 70th minute.

In the second semi-final, Lesotho beat Uganda 6-5 on penalties after the two sides played to a 0-0 draw.

The match saw few meaningful chances created. In the penalty shootouts, both sides converted their first five kicks but Mujahid Ogama missed the sixth one for the East Africans.

Meanwhile, Uganda and Egypt will clash in the Third-Place Play-Off to be played on Saturday before the final.