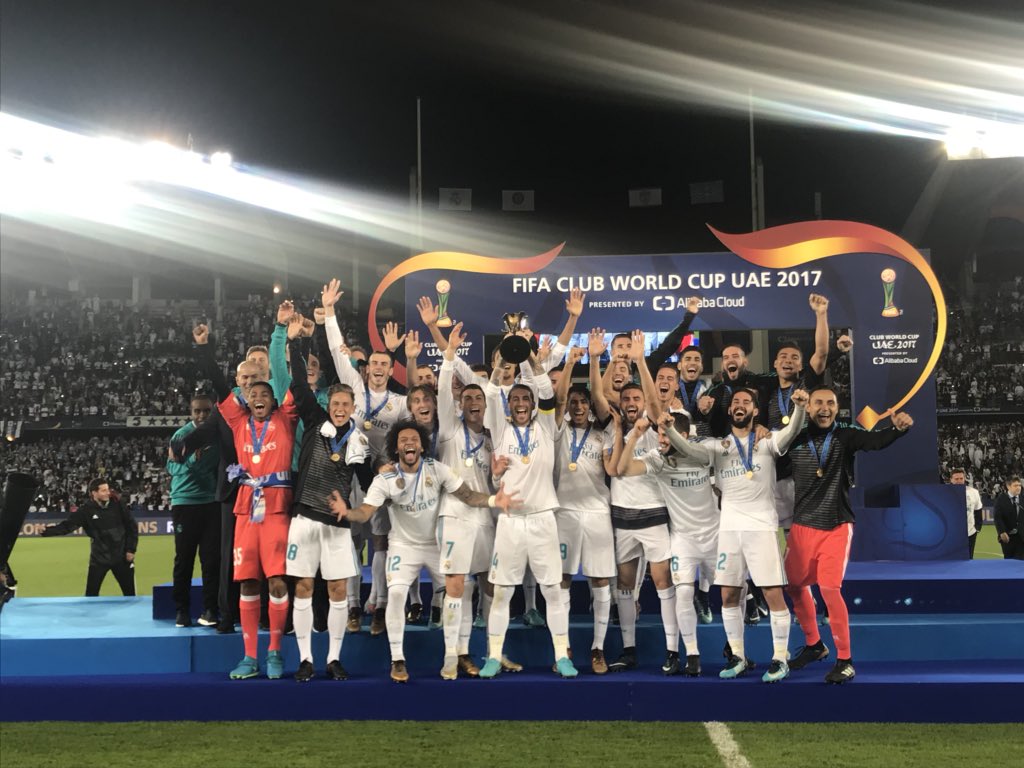 Cristiano Ronaldo scored the winning goal from a free-kick in the second half. The forward was tripped just outside the Gremio penalty area by Jailson.

Zinedine Zidane’s side had struggled to get going in the first period but proved too strong in the second half.

On the hour mark, Ronaldo scored again but his effort was ruled out for an offside. Luka Modric was also denied by the goalkeeper a few moments later.

With 10 minutes left Gareth Bale replaced Benzema and the Welshman soon forced the goalkeeper into another good save, this time tipping his curling shot over.

The victory is a record-equalling third Club World Cup win for Real, who also triumphed in 2014, matching Barcelona’s achievement. It also marked the first time a Real Madrid side had ever won five titles in a calendar year.