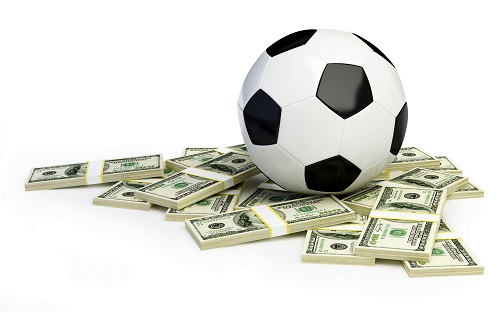 ABSA Premiership
Golden Arrows forward Kudakwashe Mahachi is set to join Orlando Pirates, according to The Chronicle. The newspaper reports that the 24-year-old will join the Buccaneers this week ahead of their PSL clash with Baroka FC.

Former CAPS United striker Dominic Chungwa has been officially unveiled at Polokwane City and could play in the game against Mamelodi Sundowns on Saturday.

Christian Epoupa Ntouba’s agent Mike Ngobeni told Kickoff.com that it’s still early to say if Epoupa would sign for Bidvest Wits or not.

Manchester United
Manchester United goalkeeper Sergio Romero is looking to leave the club this month in order to safeguard his starting position for Argentina at the World Cup, according to The Independent. Romero hasn’t made a single appearance in the Premier League this season and has played just five times in all competitions.

Matteo Darmian has attracted interest from Serie A clubs but Manchester United do not want to sell the defender, according to his agent. The Italy international has been linked with a move away from Old Trafford in the transfer window, having managed only two starts in the Premier League this season.

Chelsea
Chelsea have cooled their interest on Celtic striker Moussa Dembele, according to the Evening Standard. The Blues were strongly linked with a move for the striker towards the January transfer window.

Chelsea manager Antonio Conte has ruled out a move for Juventus defender Giorgio Chiellini with recent reports linking him to a Stamford Bridge move.

Chelsea winger Willian has reiterated his full commitment to the club during an interview with ESPN Brazil . The Brazilian has been heavily linked with a Jose Mourinho reunion at Manchester United, but he insists he is not looking for a way out of Stamford Bridge.

Chelsea are keen to push through a £50 million deal for Juventus full-back Alex Sandro in January, according to The Mirror. The Blues missed out on the Brazil international during the summer but are keen to beat Manchester United to signing the defender.

Arsenal
Arsene Wenger has opened the door to selling Alexis Sanchez in January, according to The Mirror. Wenger admitted that Arsenal may have to enter the market themselves if they receive a big money for Sanchez in the transfer window.

Barcelona
Barcelona are planning contract talks with Samuel Umtiti in an effort to fend off interest from Manchester rivals United and City, reports Marca .

Liverpool have set Barcelona target Philippe Coutinho’s price at €180 million, according to Onda Cena Radio. The Brazilian has long been linked with the Catalans, with Jurgen Klopp’s side apparently willing to sell if they receive the fee they are looking for for one their star names.

Lionel Messi has asked Barcelona to sign Dele Alli according to Diario Gol. The Englishman has struggled for form this season but the Spanish outlet claim Messi believes Alli is one of the best young players in the world.

Real Madrid
Real Madrid are ready to sell Toni Kroos to Man Utd, Spanish transfer outlet Don Balon claim. The Red Devils have been linked with a move for the Germany international in recent months, with Jose Mourinho said to be a huge admirer of the 27-year-old.