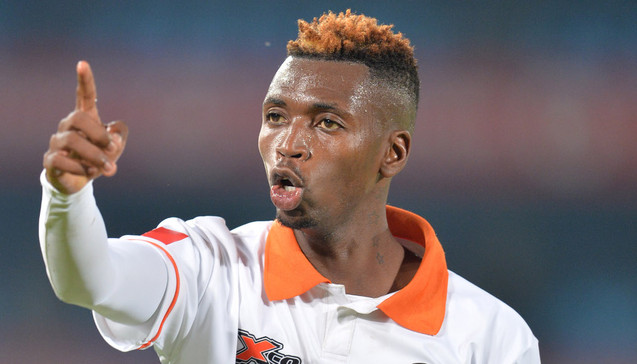 Musona scored his third goal of the season in 3-2 win against Mamelodi Sundowns on Saturday. The striker found the back of the net in the 59th minute when he intercepted Oupa Manyisa’s back pass. He was replaced by Thando Booi in the 79th minute.

Chideu’s goal was a consolation when his team lost 2-1 away at Bloemfontein Celtic on Sunday. The 21-year old hit the target in the 69th minute, six minutes after being introduced. His first effort on target was saved by the goalkeeper a few moments before his goal.

He partnered well with Kudakwashe Mahachi and Knox Mutizwa in Arrows’ attack, but Mahachi was later substituted in the 82nd minute.

Munetsi played the whole ninety minutes in Pirates’ 3-1 home victory against Baroka FC. On the other hand, Talent Chawapiwa received a yellow card in the last minutes of the match.

Bhasera who missed the first half of the season due to injury also made a return when his team drew 0-0 against Kaizer Chiefs.

Defender Teenage Hadebe and Willard Katsande were part of the Chiefs team that faced United on Saturday.

Meanwhile, Khama Billiat and Kingston Nkhatha did not play during the weekend.

Newly signed Ajax Cape Town duo of Tendai Ndoro and Gerald Takwara were not part of the playing squad. Polokwane’s Dominic Chungwa was on the sidelines, watching his team beating Sundowns.