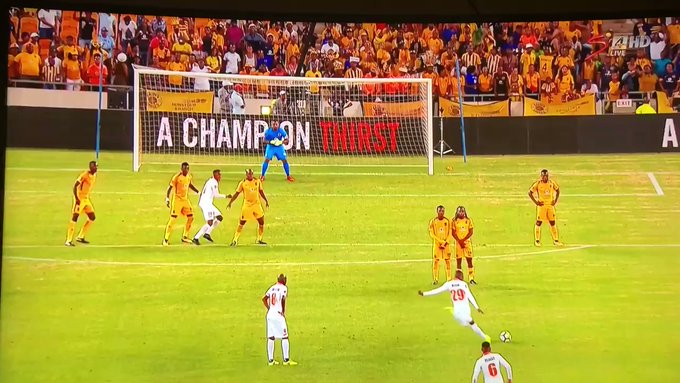 Youngster Walter Musona continued his fine form for Polokwane City with a fabulous free kick for his ABSA Premiership side during their league match against Kaizer Chiefs last night.

Musona scored a stunning goal for Polokwane opening the scoring in the 21st minute as South Africa’s Number 1 Itumeleng Khune felt the force of his deadly right foot.

The 22-year-old curled in a stunning free-kick from 20 yards but ended on the losing side as Kaizer Chiefs clawed back to score two goals and won 2-1.