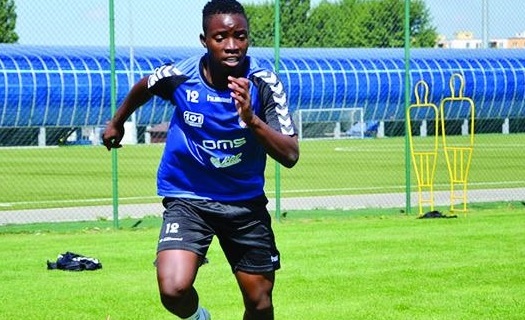 Former Dynamos attacking midfielder Wisdom Mutasa has ruled out chances of rejoining the Glamour Boys as he seeks to revive his fledgeling football career.

Mutasa is desperate to revive his career after he was released by Tanzanian side Singida FC last month.

In an interview with The Standard, the 23-year-old playmaker says he wants to resurrect his career without the pressure of playing under his father, coach Lloyd Mutasa.

“For me at the moment, Dynamos would be my last option. Things did not go according to plan in Tanzania, and I am here in Zimbabwe looking for a club. There is a possibility that something will materialise outside the country, which would be good for me,” he told the newspaper.

The last time Wisdom Mutasa played for Dynamos, he was under fire from fans for lack of fitness and looking out of shape.