Battle of the Cities as teams gear for ZNA Charity shield 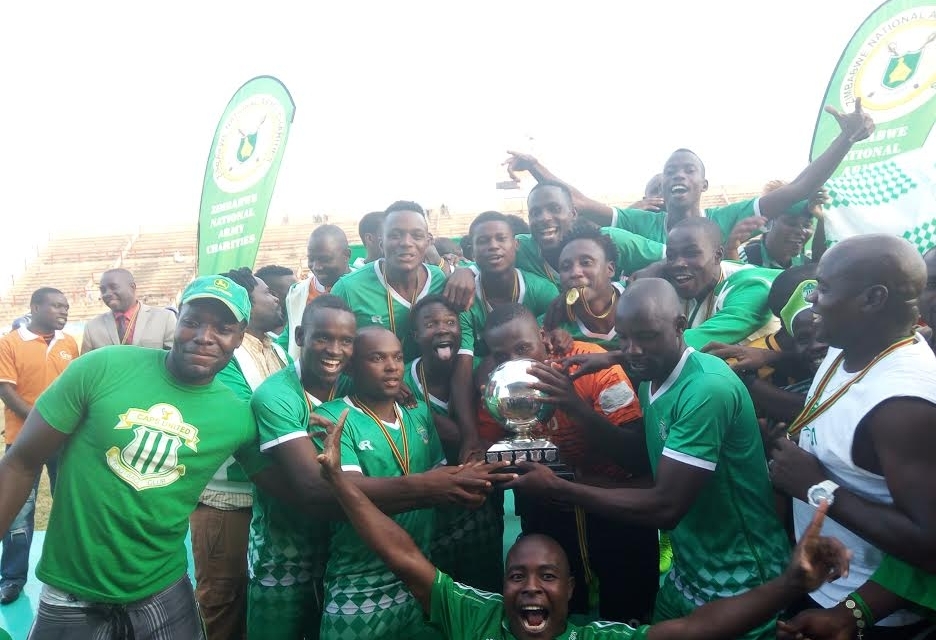 Caps United will start the defence of their ZNA Charities shield against bitter rivals Dynamos when the two teams clash in the 1st semi final set for Sunday.

Caps United clinched the last year edition when they wrestled the ZNA Charities Shield from Highlanders after a penalty shoot-out victory over the Bulawayo giants.

They will start their defence against their rivals Dynamos in the first Harare derby of the season. Last time Caps United beat Dynamos at the same stage of the competition.

“… we are Dynamos, a team with a good reputation. A team which do not believe in jinxes. We will be out to revenge the 1-3 loss we suffered at the hands of CAPS United in the semi-finals last season.”, Said Zuze.

Meanwhile, Caps Assistant coach Fungai Kwashi expressed confidence that his team will go all the way to reclaim to trophy.

“We believe we can win it for the third time. We are not taking anything for granted and we will summon everything in the tank to (win),” said Kwashi.

In the other Semi final, a new Highlanders youthful side will battle it out against Chicken Inn, with last year’s semi finalist and League Champions FC Platinum not part of the pre-season festivities.

The ZNA Charities Shield always bring an exciting ZPSL pre season festivities as teams parade their new acquisitions in preparation for the start of a new season. Proceeds from the tournament go to charity.

This tournament winners will walk away with $15000 while the runners-up with be guaranteed of a $10000 prize money.

Last season, Caps United pocketed $12 000 for winning the title, while runners-up Highlanders got $8 000.