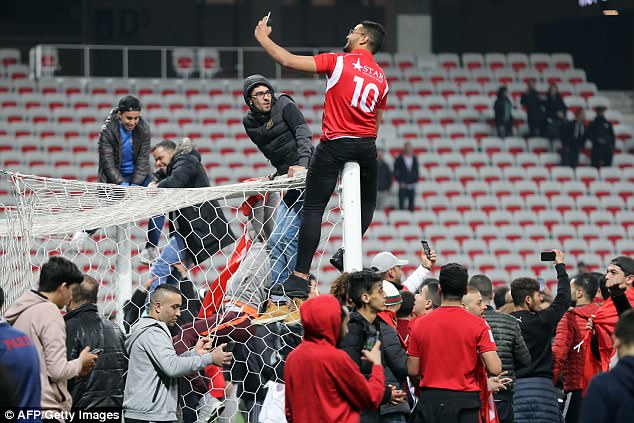 Tunisia fans invaded the pitch, climbed goalposts and set off flares in celebration after they beat Costa Rica 1-0 in a Friendly Match on Tuesday evening.

The win, which was Tunisia’s second in the space five days after beating Iran 1-0 on Friday, sparked wild celebrations. 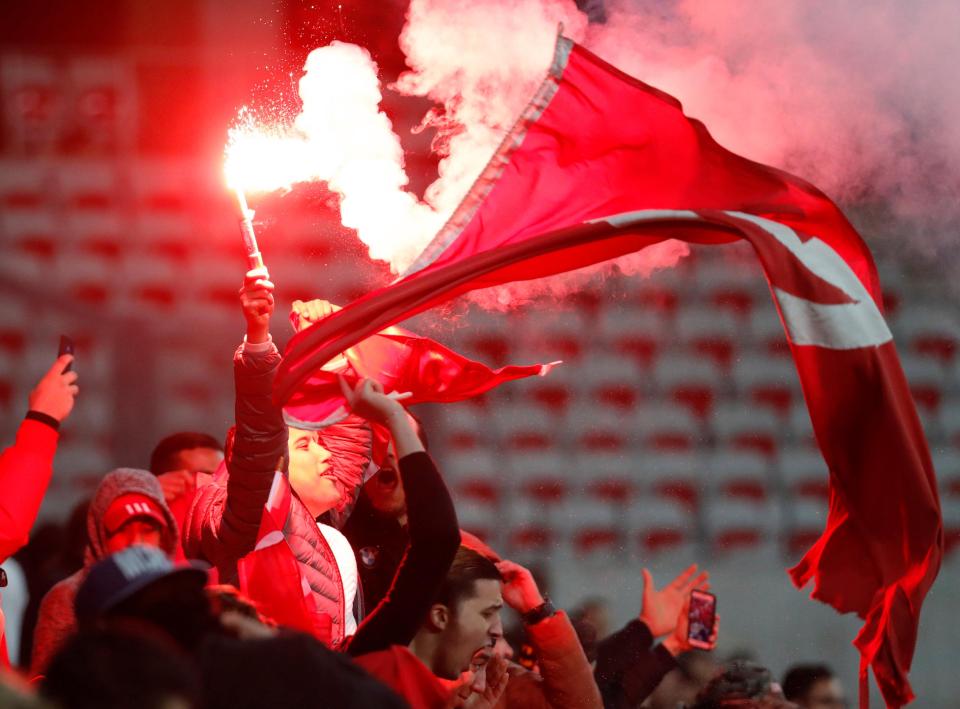 Hundreds of fans breached security at the Allianz Riviera Stadium in Nice, France, and began to hassle players for selfies and mount the goalposts. Stewards formed a human barricade to prevent any of them from entering the tunnel.

However, Daily Mail reports that there is no suggestion that any of the invading fans were violent towards the Costa Rica players or stadium staff.