Dynamos picked their second win of the season by edging Chapungu 2-1 in a match played at Ascot Stadium on Wednesday afternoon.

The Glamour Boys were by far the better side in the first half, and they scored both of their goals inside the opening 33 minutes.

Kuda Kumwala was the first to strike home when his shot beat the keeper in the 10th minute to put the visiting team ahead. Quality Kangadzi followed up with a header in the 33rd minute to double the advantage.

Chapungu who were severely disjointed were forced to make a double change six minutes before the break with Philip Marufu and Emmanuel Chitauro coming in for Bruno Mtigu and Charles Mativenga.

The Airforce side, however, only found their feet moments into the second period when they started to press for a goal.

They got the breakthrough courtesy of Philip Marufu’s effort in the added time, but it was too late to complete a comeback as the match ended 2-1 in favour of Dynamos.

Elsewhere, Triangle United lost 1-0 to Harare City at Rufaro Stadium with Moses Muchenje netting from the spot in the 56th minute.

The penalty came after Kuda Musharu was fouled in the box.

Kaunda opened the scoring in the 19th minute before Sibanda and Wadi hit the back of the net in the second half.

The victory comes two days after their coach Darlington Dodo was sacked.

Bulawayo Chiefs and Herentals played to a goalless draw while Yadah edged Shabanie Mine 1-0. 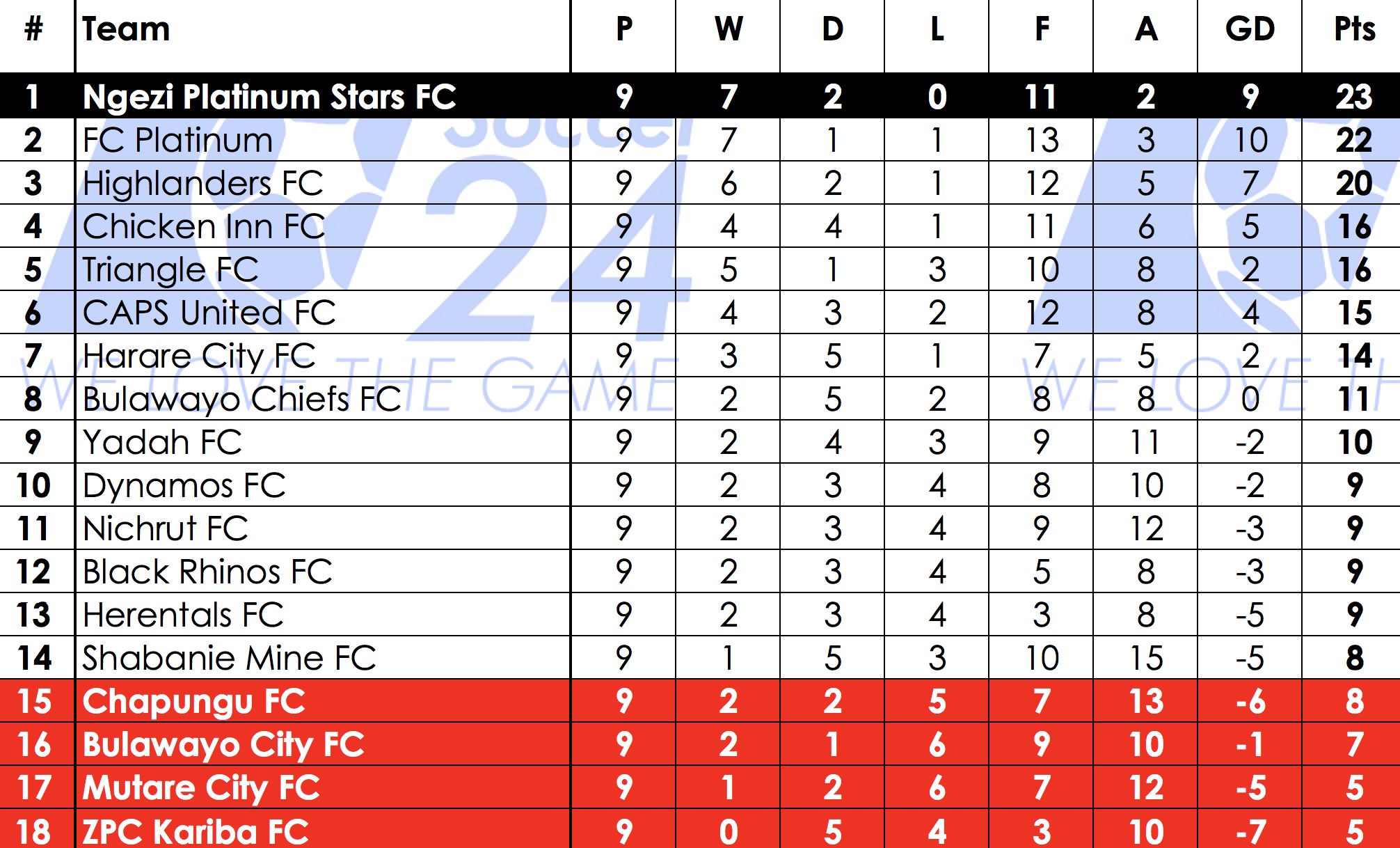