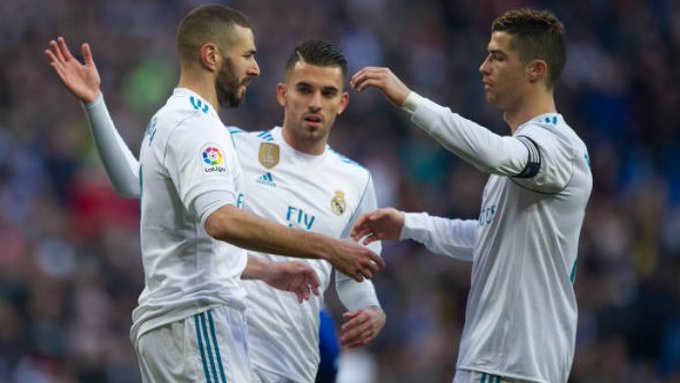 Real Madrid booked their place in the final of the Champions League for the third consecutive season courtesy of a nail-biting 4-3 aggregate victory over Bayern Munich .

The hosts went into semi-final second leg at the Bernabeu in the driving seat following their 2-1 victory in Munich last week, but they were forced to hang on in the closing stages as Bayern recorded a 2-2 draw in the Spanish capital.

The visitors made their intentions clear when they took the lead after only three minutes through Joshua Kimmich , but Madrid were level just eight minutes later as Karim Benzema celebrated his return to the side with a goal.

A monumental mistake from Bayern goalkeeper Sven Ulreich then gifted Benzema a second less than one minute into the second half, and despite Real Madrid loanee James Rodriguez restoring parity once again on the night, Bayern could not find the one more goal they needed to end Madrid’s two-year reign as European champions.