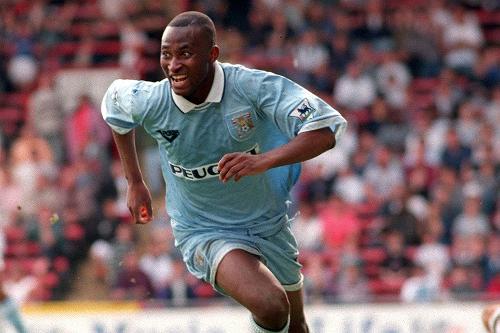 Warriors legend Peter Ndlovu scored a memorable hat-trick in Coventry City’s 2-3 win against Liverpool at Anfield back in 1995.

Peter struck in the 20th minute before converting a penalty 15 minutes later and sealed the win in the 80th minute.

The treble was the first by a visiting player since 1961.

Here is a video of Peter Ndlovu scoring a hat-trick against Liverpool in 1995.