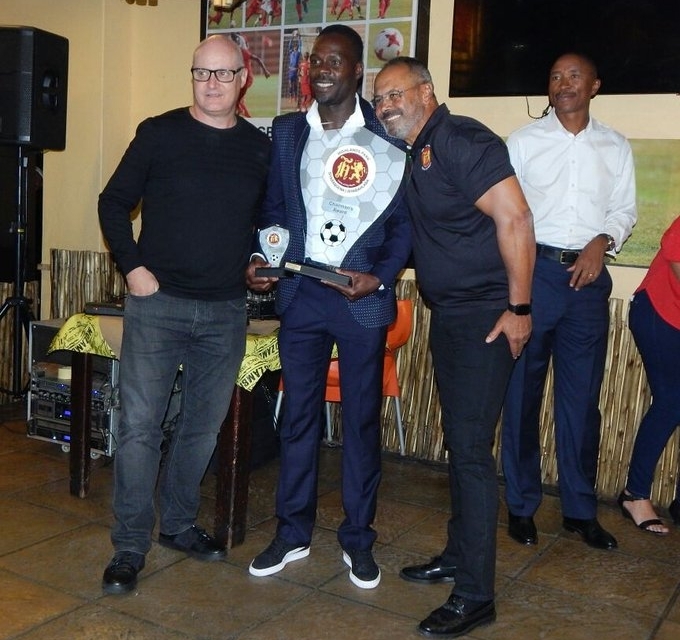 Highlands Park captain Tapuwa Kapini wore a smile on Tuesday after he was awarded the Highlands Park Chairman’s award for his outstanding performance in the ending season.

Kapini collected a fat cheque from club’s Chairman who described him as the most consistent player for the black and white giants in the past season.

Kapini played a pivotal role in helping the club regain automatic promotion after just a year in the second tier league. Kapini was one of the few players who were loyal to Highlands Park throughout their relegation trauma. He turned down offers from many teams preferring to remain with Highlands.