Deschamps explains why he left Lacazette, Martial out of France’s World Cup squad 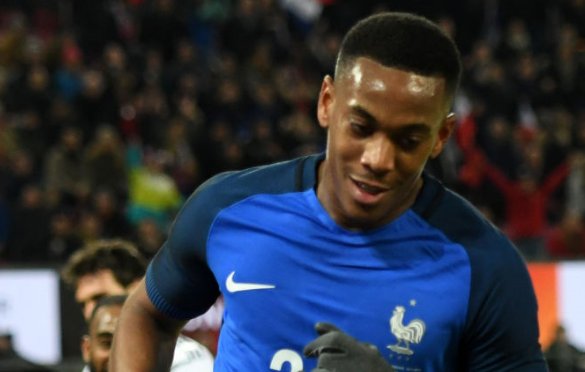 Didier Deschamps, the France manager, has revealed the reason behind his decision to leave some French stars out of his World Cup squad.

Deschamps unveiled his 23-man selection on Thursday night, leaving out Anthony Martial and Alexandre Lacazette among other stars.

Deschamps was asked to explain why he left both Martial and in-form Arsenal striker Alexandre Lacazette out of the squad and offered up the following explanation.

“They were good [in November’s 2-2 friendly draw] against Germany, but the whole team were,” Deschamps said. “And it’s still a friendly match, even if it’s Germany.

“I have had these two players in several situations, as starters and substitutes.

“I have a complete analysis based on what they have shown me and the role they could have in the squad at the World Cup.

“Alex was injured in March, Anthony was back.

“There is especially strong competition. I consider Giroud, Griezmann, Mbappe and Fekir as axial strikers, even if they can play in other positions.

“Just watch Mbappe’s performance in this position against Russia recently. I think there is no point in accumulating multiple players in the same position.”