Ngezi Platinum succumbed to their first defeat of the season following a 1-0 loss at the hands of Bulawayo Chiefs in a match played at Luveve Stadium on Sunday afternoon.

Madamburo had gone for fourteen matches without losing, and the encounter is probably their worst in this campaign. The Mhondoro-based side finished the game with nine men after Clive Augusto and Xolisani Moyo received red cards.

Augusto who came in as a sub was the first to be sent off moments after the hour, having featured in the game for nine minutes. Moyo was expelled in the 81st minute for a second bookable offence.

The only goal of the encounter came from Gracious Muleya who converted a penalty in the 32nd minute.

At Gibbo, Collins Dhuwa helped Triangle to get their first win over Dynamos, thrashing the 10-man Dembare 3-0.

United had gone into the lead ten minutes into the play after Dhuwa headed home Russel Madamombe’s corner kick. The 25-year old completed his hat-trick in the 82nd minute.

The Sugar Boys are now in the fourth position while Dynamos are placed 13th.

The Green Machine suffered an early blow when their keeper Prosper Chigumba received a straight red card in 2nd minute for handling outside the box.

Brian Chinhoyi opened the scoring for Rovers in the 18 minute before David Mangesi doubled the advantage in the 45th minute.

John Zhuwawu netted the CAPS’ consolation, converting a penalty in the added time of the first period.

Pride Tafirenyika put the visitors in front on minute 26 before Talent Chamboka doubled the lead three minutes later. Dexter Phiri added another one just after the half-hour mark.

The Airforce side pulled one back in the 80th minute through Edmore Muzanenhamo and Allen Tavarwisa made scored the second one from the spot on the stroke of full-time. 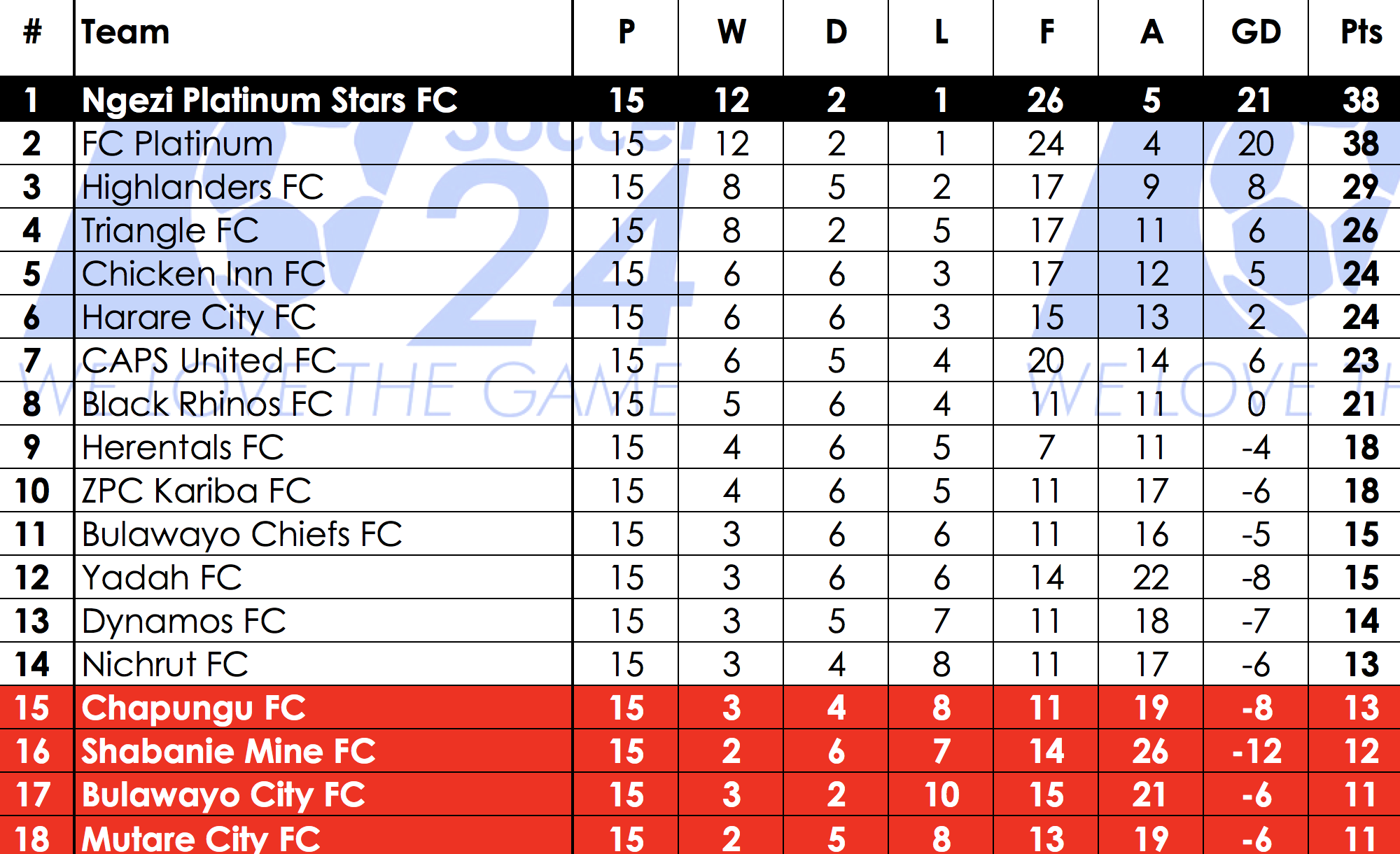