FC Platinum moved to the top of the table following a 2-1 win over Ngezi Platinum at Baobab Stadium on Saturday afternoon.

The Zvishavane side came from behind to register a victory which put them three points clear on top on 41.

The home team were the first to find the net in the 41st minute through Donald Tegeru. Winston Mhango converted from the spot in the 88th minute before substitute Never Tigere put the game to bed in the last minute of the encounter.

This became the second successive defeat for Ngezi.

The match between ZPC Kariba and Harare City ended in a goalless draw. Triangle won 1-0 against Triangle at Ascot Stadium. 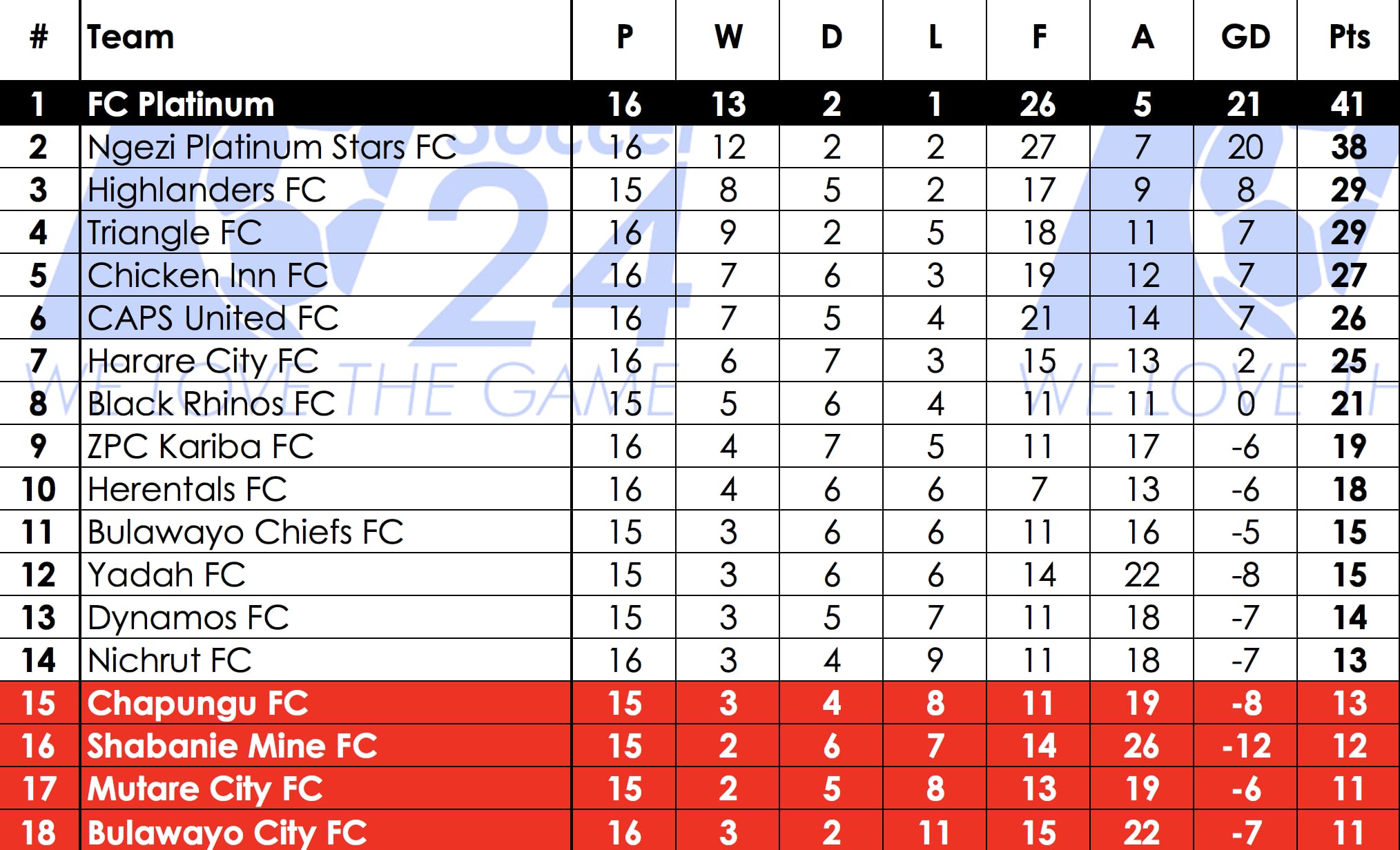