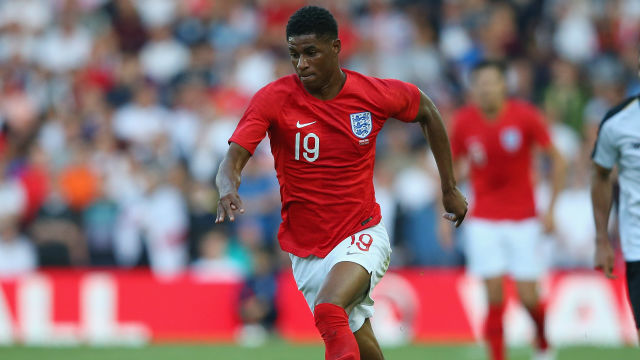 The Manchester United striker, 20, picked up a knock during the training over the weekend.

According to Sky Sports, Gareth Southgate revealed upon landing in Russia on Tuesday that the forward had sustained a “slight knock”.

Southgate said: “Marcus took a slight knock, but nothing too serious.”

England face Tunisia in their opening World Cup game on Monday before they face Panama and Belgium in their remaining Group G fixtures.