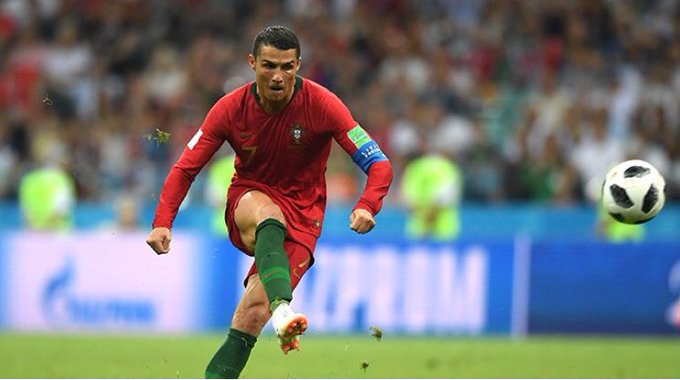 Cristiano Ronaldo’s late free kick has earned Portugal a point in their opening 2018 World Cup fixture, as the European champions played out a thrilling 3-3 draw with Spain in Sochi this evening.

The Real Madrid forward had already netted two first-half goals to put his side ahead, only for Diego Costa to score either side and Nacho – at fault for the Selecao’s opener – to complete the stunning turnaround.

On his 36th outing at a major international tournament, however, Ronaldo sent a free kick up and over the wall to beat David de Gea for a third time, meaning that the Group B spoils were shared at the Fisht Olympic Stadium.