Pure Platinum Play were frustrated for ninety minutes after they failed to get a breakthrough despite creating good chances. The visitors, on the other hand, had a fair share of opportunities, but their striker, Newman Sianchali was not at his best as he wasted most of the chances coming on his way.

Mukhokheli Dube could have put the hosts in the lead during the first half, but his shot went on to hit the outside of the post.

Nonetheless, substitute Mbweti broke the deadlock when he connected Farai Madhananga’s cross before firing home in the injury time.

FC Platinum are now six points clear on top while Highlanders remain in the fourth position with 29points.

The Glamour Boys scored two quick goals on the stroke of half-time to go to the break with an advantage. Blessing Moyo opened the scoring the in the 44th minute before Kuda Kumwala doubled the lead a minute later.

Nichrut pulled one back with five minutes left on the clock, but it was a mere consolation as the game ended in favour of the home team.

Elsewhere, Herentals and Shabanie Mine played to a 1-1 draw at National Sports Stadium.

Richard Hachiro converted a penalty to give the Students a lead eight minutes into the game, but the Chinda Boys levelled terms in the 42nd minute. 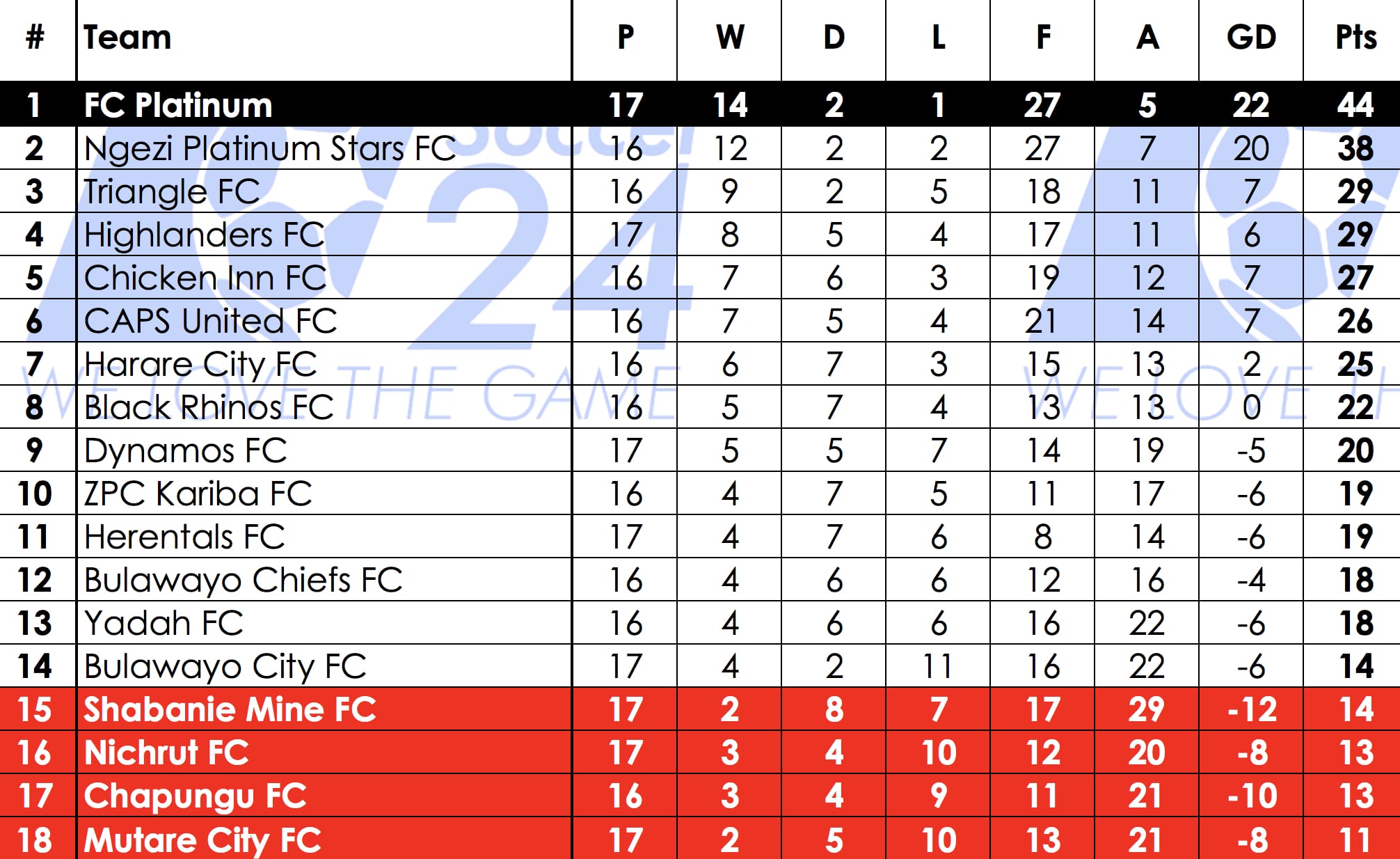