Both teams wasted several opportunities in the first half, but it was Rhinos who almost scored towards the half-hour mark, only to be denied by the keeper.

Tafadzwa Jaravani broke the deadlock in the 74th minute when his freekick was deflected in to put the home team in the lead. The advantage, however, short-lived as the visitors restored parity three minutes later through Keith Murure.

Chauya Chipembere quickly responded with Lot Chiunga scoring in the 79th minute to make it 2-1.

Murera could have netted his second towards the end of the game, but his header hit the woodwork.

The match ended 2-1 to put Black Rhinos on 25 points in the 8th place.

The Green Machine went into the lead on minute 35 courtesy of Simba Nhivi’s header. Brian Muzondiwa doubled the cushion on the stroke of half-time, robbing the ball from the keeper.

However, the Harare Giants resumed the second period with Justice Jangano receiving a straight red card for stopping a goal-bound shot with his hands. Chapungu were then awarded a penalty from the incident, and goalkeeper Chris Mverechena saved Allen Tavarwisa’s kick.

CAPS won the game as Chapungu remain rooted in the relegation zone.

At Gibbo Stadium, Chicken Inn edged out Triangle United 1-0. Obriel Chirinda scored the all-important goal in the 72nd minute for the Gamecocks. 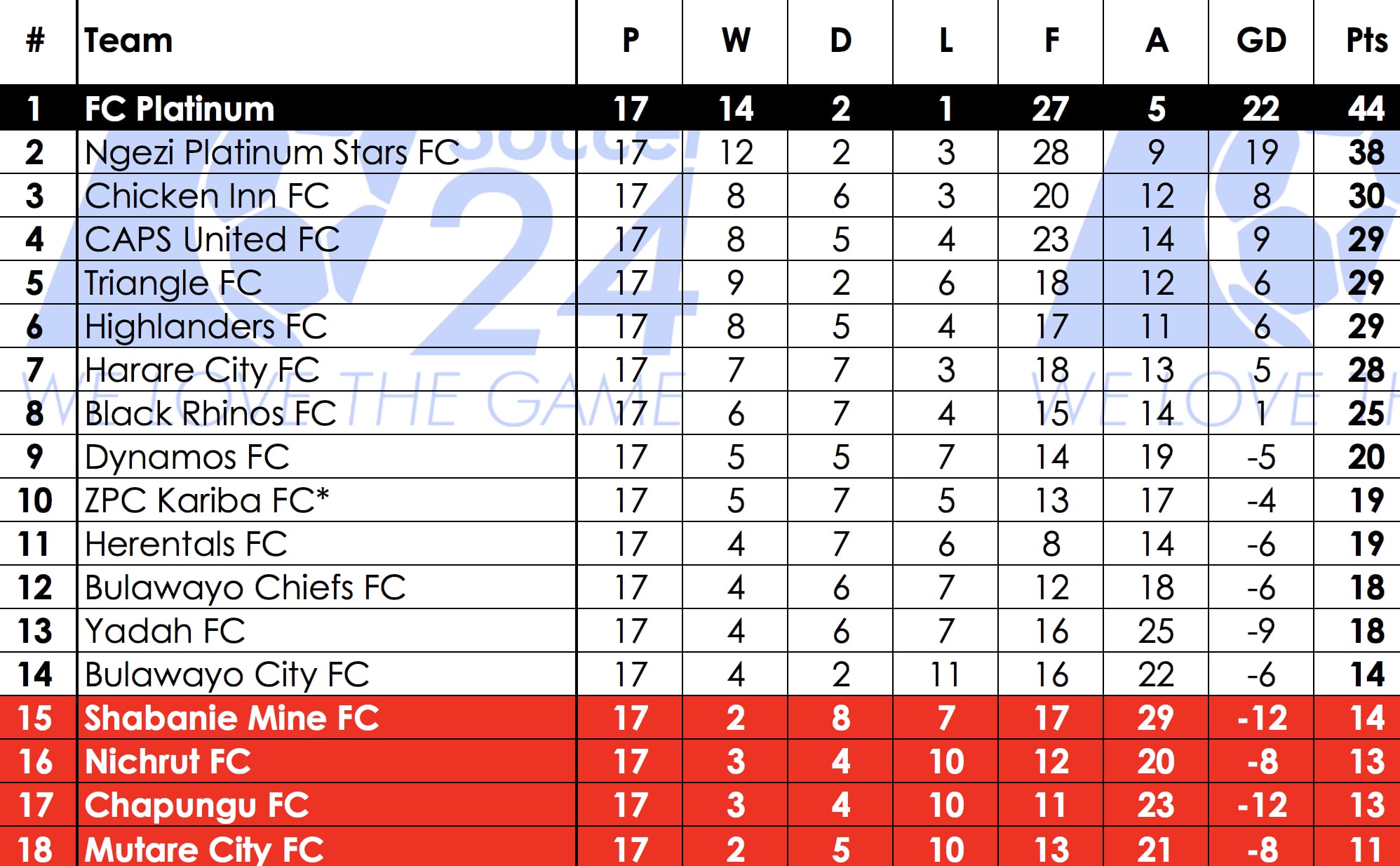