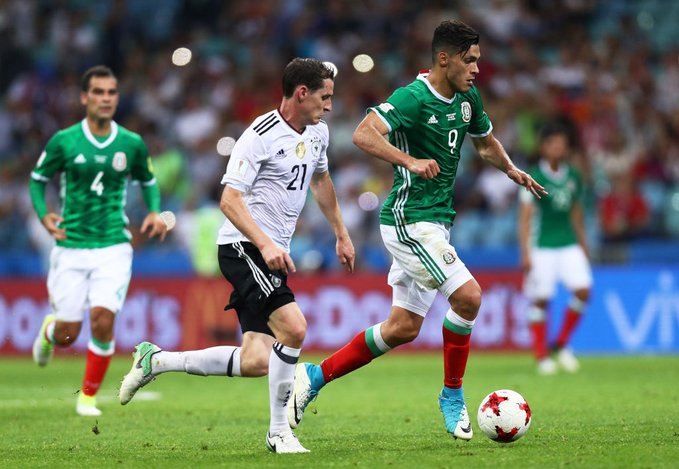 Germany start their defence of FIFA World Cup against Mexico on Sunday, 17th June 2018 at the Luzhniki Arena in Moscow.

Joachim Low’s men qualified for the 2018 in stunning style with a 100% win record in their group and scoring a staggering 43 goals from 10 matches.

The four times World Champions will be making their 17th consecutive appearance at this tournament at Russia and 19th overall.

Mexico qualified for Russia by topping the CONCACAF zone.

The 2018 edition mark Mexico’s 7th consecutive appearance at the World Cup and they had made it until round of 16 in each of the previous 6.

Germany already had their taste of Russian conditions after winning the Confederations Cup last summer. They met Mexico in the semifinals back then and bagged a staggering 4-1 win.

Match Facts
Germany lead the head to head against Mexico by a fair distance, with 6 wins, 4 draws and 1 loss from 10 meetings in various competitions.

Their last meeting was in the semifinals of the Confederations Cup in Russia ending in a comfortable 4-1 Germany win.

Germany and Mexico to draw 4.9