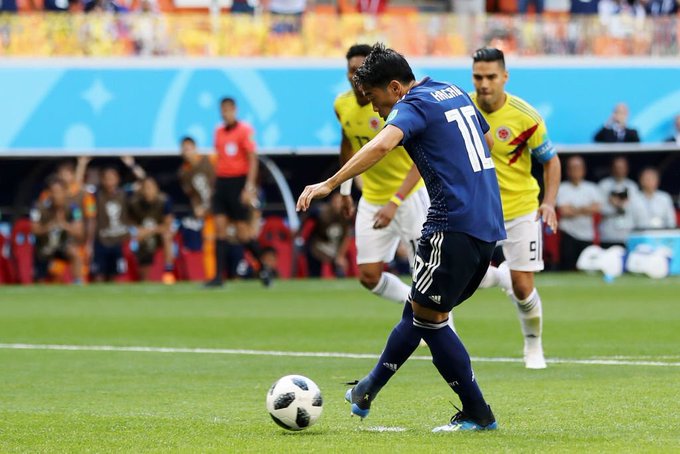 Japan have opened their 2018 World Cup campaign with a 2-1 win against 10-man
Colombia at the Mordovia Arena this afternoon.

Jappan were aided by the second-quickest ever red card shown at the finals, as
Carlos Sanchez was dismissed inside the opening three minutes for a handball inside the box.

Shinji Kagawa converted from the penalty spot, but Juan Quintero levelled things up towards the end of the first half in a competitive Group H opener.

Japan then took control and deservedly sealed their first World Cup win in eight years – and just a fifth ever – three quarters of the way into the contest, with Yuya Osako heading home from a Keisuke Honda corner as the man advantage told.