Uruguay remain tight lipped on the availability of Edi Cavani 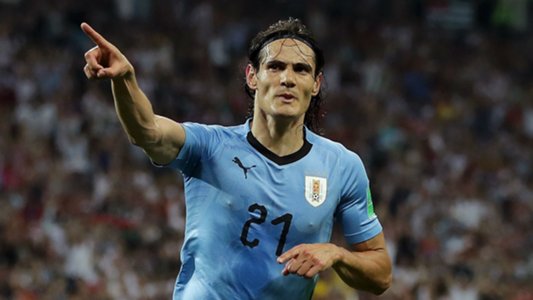 Uruguay has remained tight lipped over the availability of veteran striker Edison Cavan in the 2018 World Cup Quarterfinal tie against France.

Cavani, the double scorer in Uruguay’s 2-1 victory over Portugal which dumped Cristiano Ronaldo out of the Championships took a knock during the match. He headed in a Luis Suarez cross to open the scoring in the 7th minute and then curled in a brilliant 62nd-minute winner after Pepe had equalized for Portugal.

The PSG man was already a major doubt for their quarter-final clash with France on Friday with a calf injury after missing Training on Tuesday and Wednesday. He however resumed a solo light training away from the rest of the squad on Thursday but coach Oscar Tabarez could not delve on the availability of thee striker in the quarter-finals.

“He’s a very important player for us and he was really playing very well. As soon as he got injured, he has worked hard to recover and fulfil his dream,” Uruguay coach Oscar Tabarez told reporters.

“I’m not going to say anything more about Cavani, I don’t want to get into games… Soon you will know who will play and who will be on the bench… Forgive me that you’re not going to have all the information, as I have neither about the French.” he added.