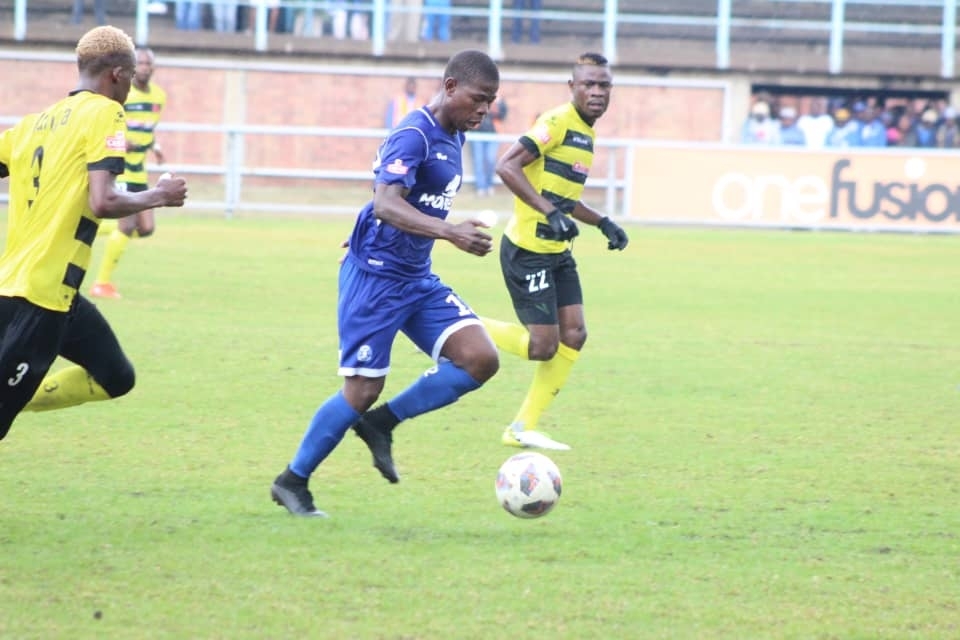 The Glamour Boys were leading until the 90th minute when their former player headed in to equalise for the visiting team. Quality Kangadzi had put the hosts one-up, three minutes into the second half with a fine strike after a brilliant move by Cleopas Kapupurika.

The Gamecocks dominated play in both halves, using the right channel to attack, capitalising on Valentine Ndaba who was improvised to play in the left back position.

Dembare had a chance to restore their advantage in the added time, but goalkeeper Pride Zendera pulled a brilliant stop to save the day for Chicken Inn.

Across the city, Highlanders had an afternoon to forget after conceding their third straight defeat.

A tenth-minute goal from Vincent Mhandu handed Black Rhinos the victory as the Army side stretched their unbeaten run to 7 matches.

Tshilamoya were the better team in the second half but failed to convert the chances that came on their way. Nigel Makumbe and Gabriel Nyoni created good opportunities, but it was Adrian Silla who blew away a golden chance in the 86th minute when his effort from inside the box went over the bar.

At Gibbo, Triangle United outclassed Shabanie Mine, netting five goals without a reply.

Ralph Kawondera opened the scoring as early as in the 5th minute before Lameck Nhamo doubled the cushion two minutes later. Phineas Bamusi added the third one on minute 23 and assisted the fourth goal on the half-hour mark.

Delic Murimba sealed the victory with nine minutes left on the clock.

In Rusape, Rodrick Mutuma returned to the Premier League football with a bang when he scored a brace in Nichrut’s 2-0 triumph over Mutare City.

The lanky striker first went on target in the 24th minute before rounding off with another strike a few moments after the hour.

Elsewhere, Leeroy Mavhunga converted a penalty in the 28th minute which gave Yadah a 1-0 win over Bulawayo Chiefs. Gracious Muleya could have equalised from the spot towards the break but missed his kick. 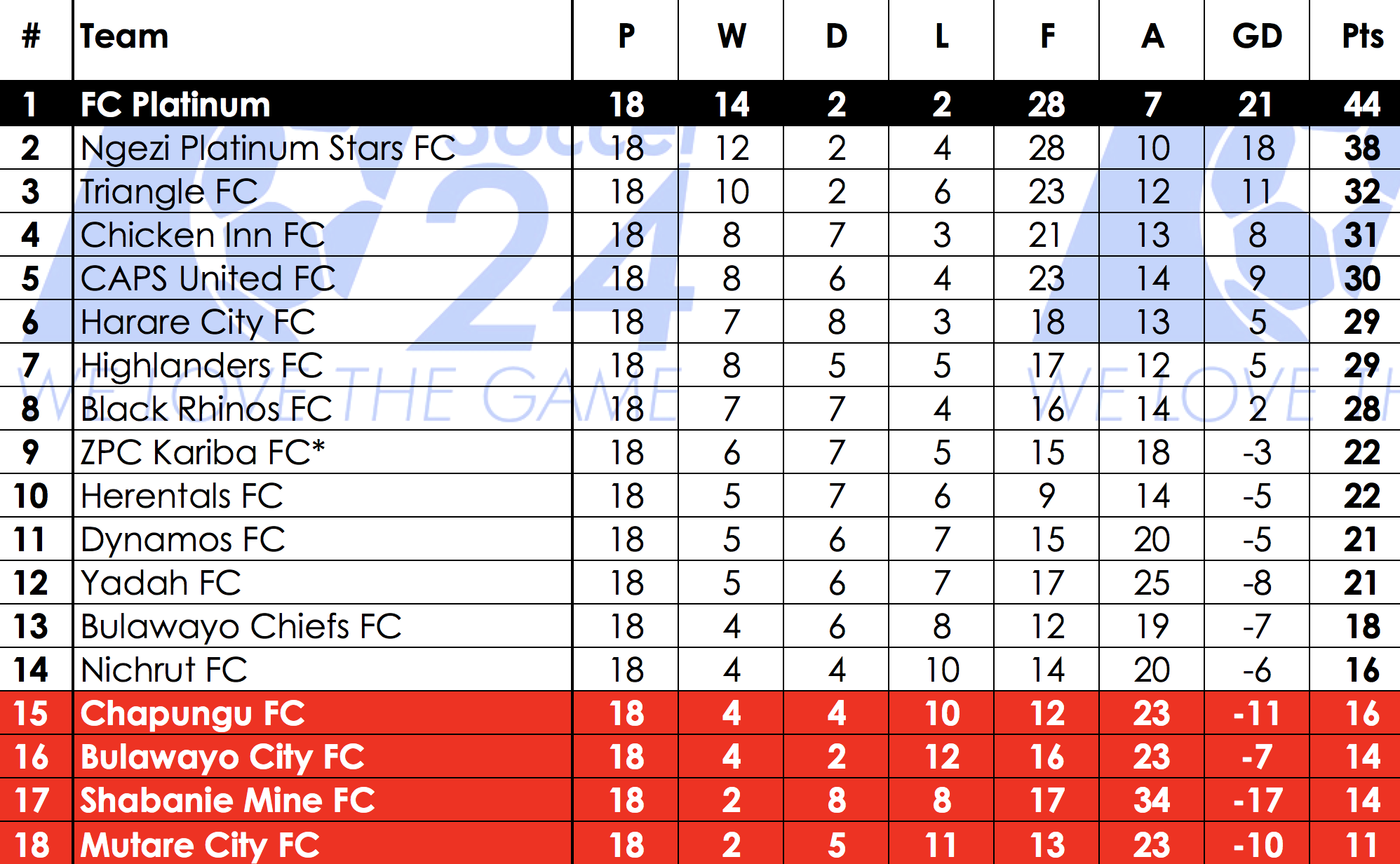